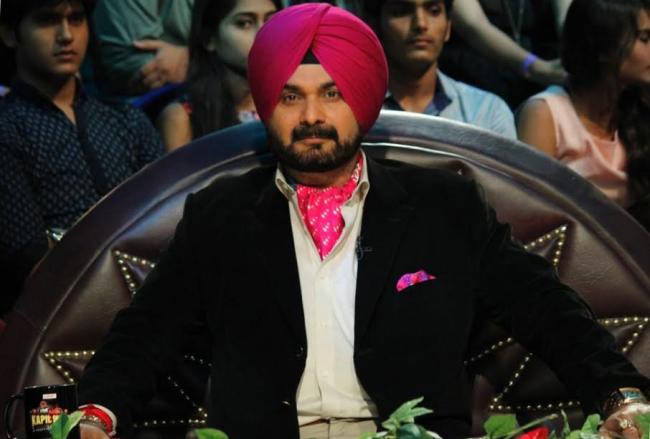 Amritsar, Dec 2 (IBNS): Punjab Minister and Congress leader Navjot Singh Sidhu is now facing flak for "mocking" Chief Minister Amarinder Singh and many are demanding his resignation from the state cabinet after his controversial visit to the groundbreaking ceremony of the Kartarpur corridor in Pakistan.

Making his party uncomfortable, Sidhu on Friday said he went to Pakistan with the blessings of party "captain" Rahul Gandhi.

On being asked why he went to Pakistan even as Punjab Chief Minister Captain Amarinder Singh asked him not to do so, Sidhu had said, "My captain is Rahul Gandhi, he has sent me everywhere."

However, in a U-turn from his previous statement, Sidhu has said his party chief Rahul Gandhi didn't ask him to go to Pakistan to attend the groundbreaking ceremony of the Kartarpur corridor.

Sidhu said it is Pakistan Prime Minister Imran Khan who had asked him to visit the neighbouring country.

In a tweet on Friday night, the cricketer-turned politician said: "Get your facts right before you distort them, Rahul Gandhi Ji never asked me to go to Pakistan. The whole world knows I went on Prime Minister Imran Khan’s personal invite."

Get your facts right before you distort them,
Rahul Gandhi Ji never asked me to go to Pakistan.
The whole world knows I went on Prime Minister Imran Khan’s personal invite.

Reacting to his comment, Punjab ministers said if Sidhu did not consider Amarinder Singh as his "captain", he should better resign from the state cabinet.

The cricketer-turned-politician was present at the groundbreaking ceremony where Imran Khan said the Indian politician could win elections even in Pakistan.

Even as Singh targeted Pakistan over the 'terrorist attacks' and had declined to visit the country, Sidhu played the goodwill ambassador when he arrived in the neighbouring nation to attend the Katarpur corridor ground-breaking ceremony in Nankana Sahib.

While the Punjab Congress appeared split over its relationship with Pakistan, especially after a recent terror attack in Amritsar, Sidhu reached the other side of the border saying he has brought with himself the message of "love and peace".

Sidhu's action also invited a jibe from Harsimrat Kaur Badal, one of the union ministers who had attended the Kartarpur ceremony. Badal said it seems Sidhu receives more love and respect in Pakistan than in India.