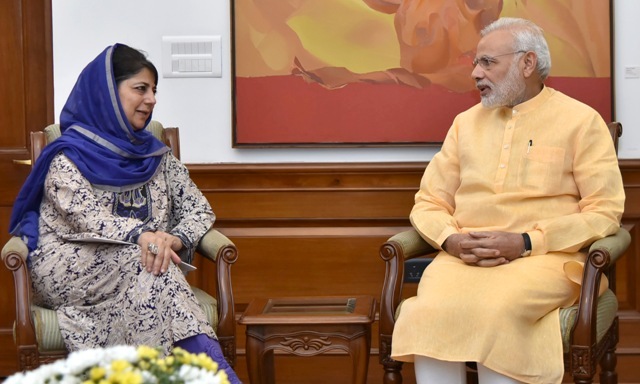 "Wrote to PM @narendramodi for opening of Sharda Peeth route for facilitating the Pandit community. I hope like Kartarpur, this too will be considered for better peace & prosperity in the region," she tweeted.

Omar Abdullah, the leader of the National Conference, who had extended support to erstwhile rival Mufti to form government in Jammu and Kashmir last month, said: "We need to collectively ask for all historic routes to be opened in Jammu, Kashmir, Kargil & Leh all the way up to Turtuk."

Mufti's move comes after Pakistan Prime Minister Imran Khan, in an interview with The Hindu, said: “We can consider other proposals including opening up travel for the Sharada Peeth in Kashmir, Katasraj and other Hindu shrines too.”

"Kartarpur can be a new beginning of reconciliation between the two neighbours. We cannot change our borders but let us make them irrelevant by facilitating trade & encouraging people to people contact. This will usher in peace & progress for both India & Pakistan," Mufti had said.

The United States has welcomed efforts by India and Pakistan to increase people-to-people contact.