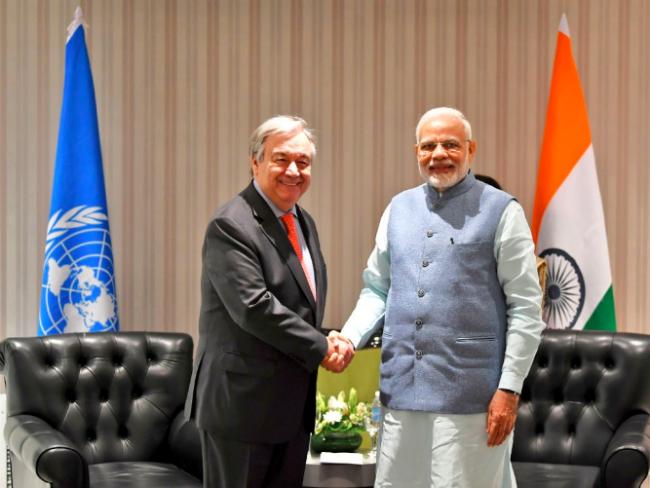 Briefing the media on the bilateral meeting, India's foreign secretary Vijay Gokhale said the Crown Prince informed the Prime Minister that Saudi Arabia would be finalising an initial investment into the National Infrastructure Fund. He also referred to the future prospects for investment in the technology sector, in the agriculture sector and in the energy sector and the Prime Minister, in particular, stressed about the importance of having stable and predictable energy prices and some discussions took place between the two leaders on how Saudi Arabia can contribute and help in stabilising energy prices, particularly for India.

The Crown Prince was especially mindful of the contribution that Indians have made in the building of Saudi Arabia over the years and he specifically expressed appreciation for this. Prime Minister, of course, expressed happiness over this and also thanked him for looking after the well-being of our citizens there.

Gokhale said the two leaders agreed to set up a mechanism at the leadership level which will go into the possibilities of concrete action in terms of investment, technology and manufacturing across various sectors from energy to food security, infrastructure and defence. "

This mechanism will be worked out shortly and we will expect that in the next two to three years there will be significant scaling up in Saudi investment in India," he said.