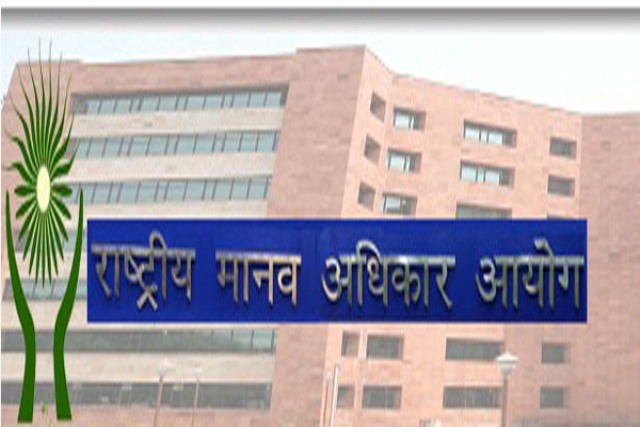 NHRC notice to UP govt in lynch case

New Delhi, Nov 30 (IBNS): The National Human Rights Commission (NHRC) has issued notices to the Uttar Pradesh chief secretary and director-general of police calling for a detailed report on the case in which a man was pulled out of a police van and beaten to death at Hathchoya village in Shamli district on November 26.

In a statement, the NHRC said it had taken suo motu cognizance of media reports that a 28 years old man, Rajendra alias Manu, was pulled out of a police van and beaten to death by a mob in the presence of police constables.

The Commission has observed that the contents of the media reports, if true, amount to violation of human rights of the victim because it is the duty of the police to ensure the safety of an arrested person.

"According to the media reports, carried on the 28th November, 2018, a purported video clip of the incident being circulated on social media showed the victim sitting in a police vehicle. A man in a blue shirt opened the door of the van and slapped the victim repeatedly. A policeman seated next to the victim holds him by the arm. The man is then seen pulling Rajendra out of the police vehicle," the NHRC said.

The victim’s family has alleged that six villagers, with whom he had quarrelled the previous day, beat him to death with sticks, said media reports. The Shamli police superintendent has been reported saying that Rajendra did not die in police custody but had escaped from the police van after which he was beaten up by the mob. He died two hours later after falling from the roof from his house and hurting his head.

However, on the basis of a complaint filed by the victim’s brother, an FIR under various IPC Sections, including 302 (murder) and 148 (rioting with armed weapons) was lodged at Jhinjhana police station against six people. One of them, identified as the “main accused”, has been arrested.