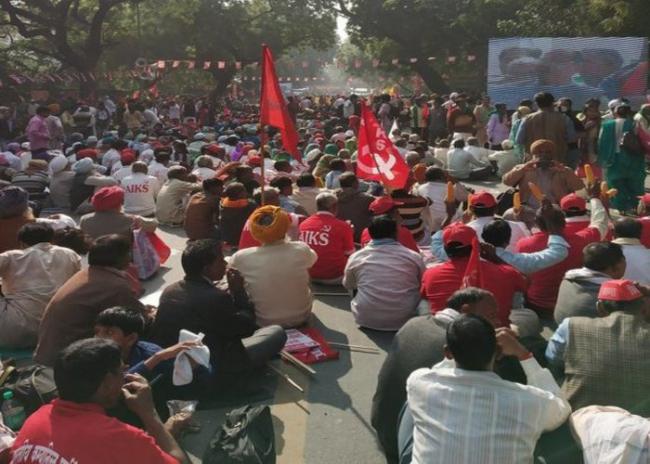 New Delhi, Nov 30 (IBNS): A huge number of farmers staged protest at the parliament street in New Delhi on the second day of Kisan Mukti March on Friday.

The protesting farmers began their march from Ramlila ground in the morning.


Protesting against the Centre's inability to address the farm crisis, the peasants are demanding special parliamentary session to discuss the agrarian distress.

Farmers also want a complete relief from the farm loans.

The mega rally, which has been organised by the All India Kisan Sangharsh Coordination Committee (AIKSCC), began from Brijwasan and reached Ramlila grounds in Delhi on Thursday.

Peasants  from Maharashtra, who had joined the Kisan march in the western state, are also protesting in Delhi.

To press for the farmers' demands, Swaraj India president and Swaraj Abhiyan member, Yogendra Yadav, is leading the march.