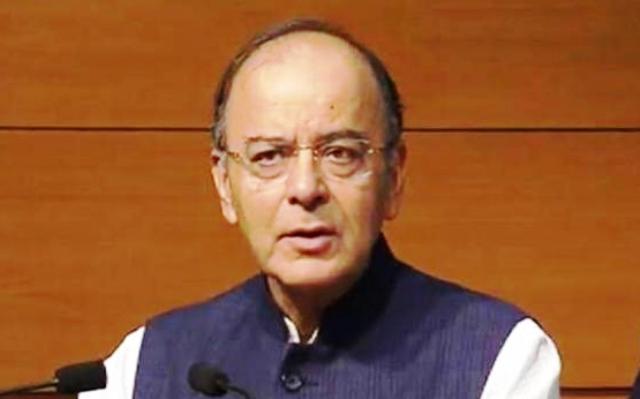 "The new series included the last two years of UPA government's data. In that the data for GDP under UPA went up. At that time, since it showed an improvement, they didn't have a problem. To make it uniform, the new method was implemented right from 2004-05. Now that the data revealed that there was a drop in GDP under UPA, they have a problem with it," Jaitley said.

"A despotic Prime Minister and pseudo economist finance minister have repeatedly caused economic mayhem by the ill-conceived decisions of demonetisation, a flawed GST coupled with tax terrorism. Faced with utter and complete rejection of the voodoo economics of the Modi and Jaitley duo, they are resorting to malicious and fraudulent jugglery of GDP figures to hide the enormous body blow caused by them to India's economy," Congress spokesperson Randeep Surjewala said.

"I wonder if Niti Aayog Vice Chairman Rajiv Kumar will agree to a debate the data," he added.

The BJP tweeted: "Congress and P. Chidambaram's only argument that our growth was better than yours stands demolished when brought on par, basis GDP growth measured by new series, over the UPA and NDA eras!"

The new data reveals India's GDP grew by 8.5 per cent during 2010-2011 and not 10.3 per cent as previously estimated. This comes as the country gears up for the general elections in 2019.

The difference in growth figures is because of a different base-year methodology used this time. The Central Statistics office processed the data of previous years using 2011-2012 as the base year and not 2004-2005.

In January 2015, the Central Statistics office changed the method by which it calculated GDP by changing the base year for calculation from 2004-2005 to 2011-2012. All growth data that was released from 2015 onwards used the new methodology. Considering the new base year, the Indian economy grew 7.7 per cent during 2007-2008 and not 9.8 per cent as was previously estimated.

Niti Aayog chief Rajiv Kumar said the new data released for 2004-2012 based on the 2011-2012 base year was a “significant improvement both for coverage and methodology”. He said the new series was "internationally comparable and is in sync with UN Standard National Account."

Asked about the release of this data ahead of the 2019 general elections, Kumar said the methodology had been adopted by leading statisticians and that the Union government had no intention to "mislead or try and do something purposefully" which does not reflect the reality.