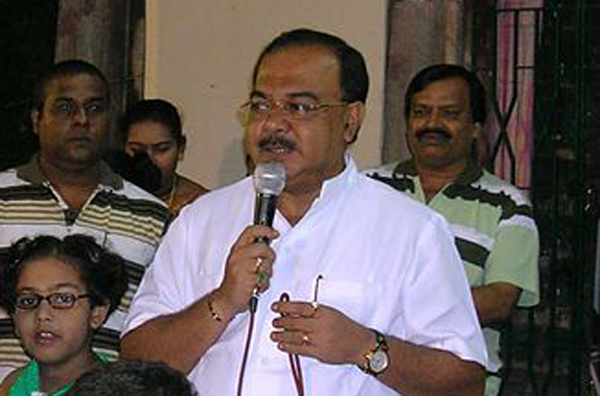 Kolkata, Nov 22 (IBNS): Hours after resigning from Kolkata Mayor's post, Trinamool Congress (TMC) leader Sovan Chatterjee on Thursday said he is also ready to give up his Assembly and councillor seats.

Chatterjee, a veteran Trinamool Congress (TMC) leader, on Tuesday resigned from two ministries, fire brigade and housing. He was asked to resign from the Mayor's post by West Bengal Chief Minister Mamata Banerjee.

While interacting with media, Chatterjee on Thursday said: "If Mamata Banerjee asks me, I will also resign from my assembly and councillor seats."

"I will propose to leave my seats to my party. If they allow, I will resign," the TMC leader added.

Chatterjee is a sitting MLA from Behala East constituency and a councillor from Kolkata's ward number 131.

Meanwhile, state minister Firhad Hakim is likely to take over as the Mayor while councillor Atin Ghosh is set to become the new Deputy Mayor, replacing Iqbal Ahmed.

However, to become the Kolkata Mayor, one has to be a councillor from any of the 144 wards.

With an aim to nominate one of the state ministers as the Mayor, the government on Thursday amended the Kolkata Municipal Corporation (KMC) bill. The Bharatiya Janata Party (BJP), an opposition party, interestingly supported the bill despite throwing a few questions to Mamata in the Legislative Assembly.

According to the new law, anyone can assume the Mayoral post but must get elected from any of the wards within six months.

Speaking at the house, Mamata said: "Thew amendment to the bill has been done to nominate a credible person as the new Mayor."

Though reports are suggesting Firhad's nomination as the new Mayor is just a matter of time, TMC supremo Mamata will hold a meeting with all party councillors at Uttirna, an open air theatre in the city, to take a call on Chatterjee's successor. However, Chatterjee said he has not been invited to the meeting.

Chatterjee said he believes the new Mayor will fulfill his duty ably.

The personal life of Sovan Chatterjee has been the talking point for last few days.

His estrangement with wife Ratna and his rumoured extra-marital affair with a married woman- Baishakhi Banerjee (Chatterjee called her a close friend who stood by him in difficult times)- has played out in media over the months.

Almost all Bengali news channels beamed his personal life yesterday in prime time with Ratna accusing Baishakhi Banerjee of taking him in the wrong path even as Chatterjee vehemently contested it holding that the woman his wife tried to vilify is a "friend in need" who helped him with legal matters during the Narada scam.

Baishakhi is the teacher-in-charge of Milli-Al-Ameen College For Girls in Beckbagan while her husband Manojit Mandal, who rubbished the charges of Ratna against his wife, who is a professor at Jadavpur University.

However, Chatterjee on Thursday said Baishakhi did not interfere in his works.