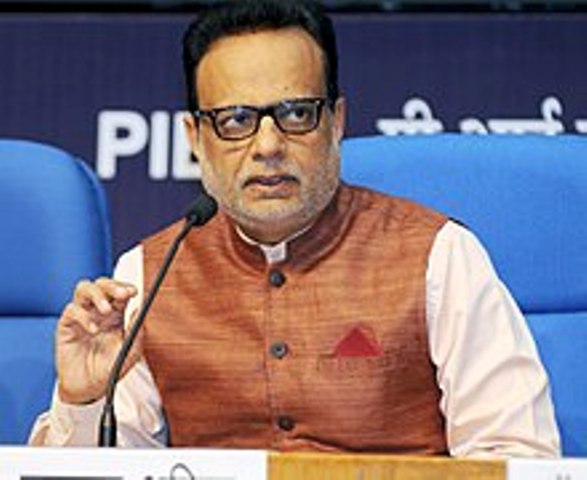 In a Facebook post, Jaitley said: "He has been in the Finance Ministry for four years and held the specific responsibility of the Revenue Secretary for the last three years. As Secretary, Financial Services, Dr. Adhia showed his leadership in implementation of various social security programmes of the government through banking services. His contributions in successfully accomplishing the Mudra Yojana has been laudable."

Jaitley said Adhia's tenure as the Revenue Secretary will be remembered for various initiatives.

"His tenure as the Revenue Secretary will be remembered for various initiatives where he provided the beauracratic leadership in shaping and implementation of the policy. The campaign against black money both within and outside the country was the initial highlight of the Revenue Department. The Income Tax department now functions online with no physical interface between the assessee and the assessment official," he said.

Jaitley wrote: "Dr. Adhia’s term witnessed the historic constitutional amendment on the GST being approved. After the centre-state developing a consensus on the multiple GST legislations, drafting of rules and fixing tariffs, which was achieved in a short period of time. It was his efforts supported by his team of officers of centre and state governments, which made it possible to hit the deadline of 1st July 2017. Rate reductions and smoothening of the rough edges were also achieved in a record time."

Praising him, Jaitley said: " Hasmukh Adhia executed these steps with calm and professionalism."