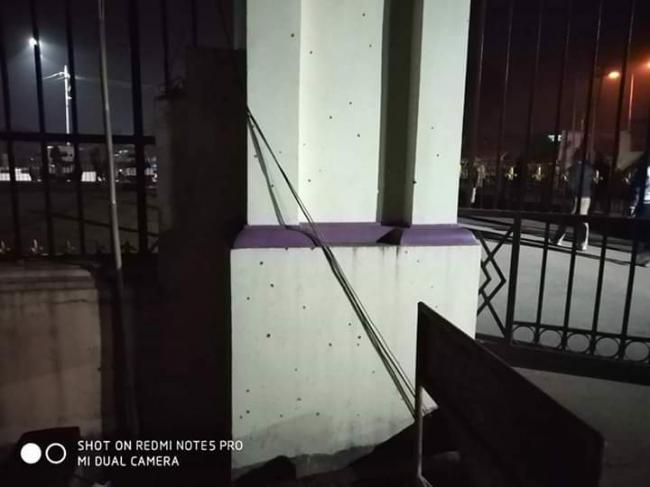 A top official of BSF said that at 5-45 pm, a hand granade was thrown inside the capital complex near gate no 2 by suspected militants from the western wall.

Dog handler no.000077792 ct RK Mishra got minor splinter injury in his right thigh in the explosion and he was immediately evacuated to RIMS hospital.

Following the explosion, security forces have cordoned off the area.

In the explosion, a personnel of Assembly Security Service named Manoranjan got three minor splinter injury on his back.

Manipur DGP, IGP(Law and Order) and other Police Officers carried out spot verification.

"Both of them have been vacated to RIMS Hospital Imphal. Another Assembly Security Staff named Y Johnny  Singh is also facing hearing problem due to the effect of the blast sound.  Their condition is stated to be stable," the BSF official said.

"After going through the CCTV footage, it has come to the light that one hand grenade fully blasted and the other hand grenade blasted partially," the BSF official said.