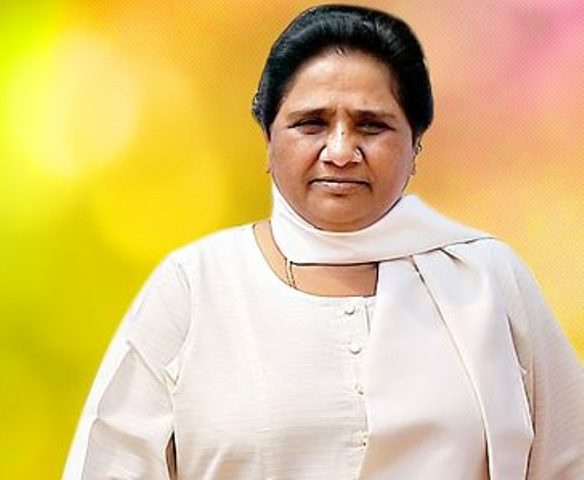 Won't form an alliance with BJP, Congress in Chhattisgarh: Mayawati

Lucknow, Nov 16 (IBNS): Criticising the Congress and the Bharatiya Janata Party by calling both the parties as "Saanpnath" and "Naagnath" (both snakes), Bahujan Samaj Party supremo Mayawati on Friday said she will not form an alliance with the political outfits in Chhattisgarh.

She said she will prefer to sit in the opposition in the state.

"We are confident of winning an absolute majority. There is no question of taking support from anyone. Even if we don't get a majority, we will sit in opposition but will not go with either the BJP or Congress," she was quoted as saying by NDTV.

The first phase of voting in the Assembly polls in Chhattisgarh was held on Nov 12.

The second phase of polling will take place on Nov 20.

The Bharatiya Janata Party has been ruling the state for the past 15 years.

The Congress is eyeing on to wrest power in the state, which is presently ruled by the Bharatiya Janata Party (BJP) under Chief Minister Raman Singh.

The state polls are crucial for both the incumbent BJP and Congress ahead of the 2019 General Elections, which will be held in few months' time.