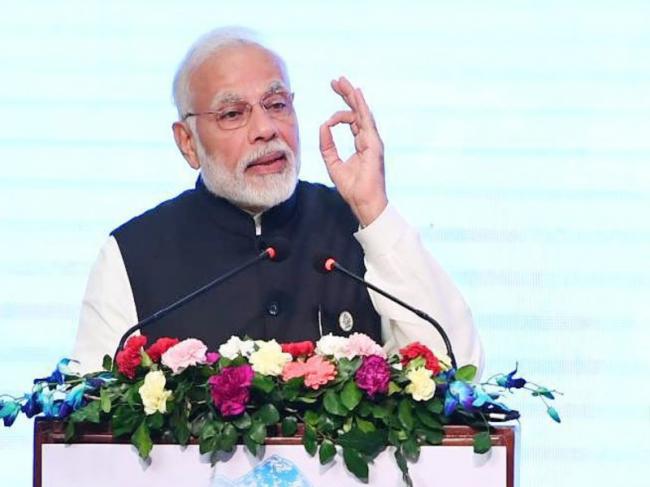 Congress has nothing to tell people after four-generation rule: PM Modi in Chhattisgarh

Ambikapur, Nov 16 (IBNS): Ahead of the second and last phase of Chhattisgarh polls, Prime Minister Narendra Modi on Friday attacked the Congress saying it has nothing to tell people despite ruling the state through four generations.

He said: "Four generations of Congress ruled but they have nothing to tell the people. We are everyday giving a report card of what we have done in last four years."

Speaking at a rally in Ambikapur, Modi also criticised senior Congress leader Shashi Tharoor for saying it is for his party, a "chaiwala (tea seller)" could become the Prime Minister, with an obvious reference to Modi.

Reiterating his government's motto "development for all", Modi said each person should get the benefits of development.

He said: "Motto of every government must be welfare of all, not a select few. Our mantra is 'Sabka Saath, Sabka Vikas' and we are committed that fruits of development reach every citizen."

The Chhattisgarh assembly polls are crucial for both the ruling Bharatiya Janata Party (BJP) and Congress ahead of the upcoming General Elections, which will be held in few months' time.

The first phase of the polls were held on Nov 12. Seventy percent of total voters exercised their franchise to elect a new assembly in the state on Monday.

The final phase will be held on Nov 20. The poll results will be announced on Dec 11.