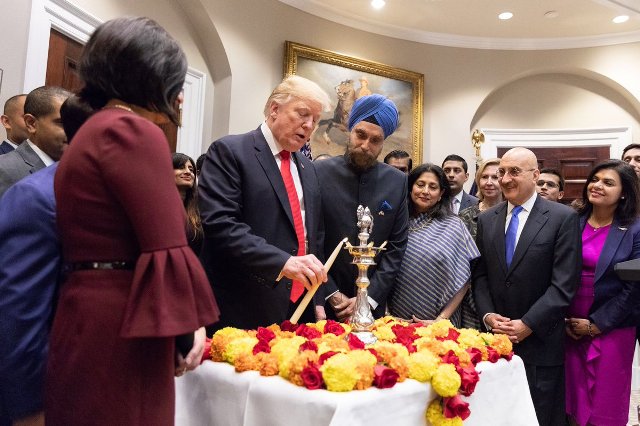 Trump said he is 'grateful' for his friendship with Indian PM Narendra Modi.

"The United States has deep ties to the nation of India, and I am grateful for my friendship with Prime Minister Modi.  We’re trying very hard to make better trade deals with India, but they’re very good traders," Trump said.

Today, we gathered for Diwali, a holiday observed by Buddhists, Sikhs, and Jains throughout the United States & around the world. Hundreds of millions of people have gathered with family & friends to light the Diya and to mark the beginning of a New Year. https://t.co/epHogpTY1A pic.twitter.com/9LUwnhngWJ

"They’re very good negotiators, you would say, right?  The best.  So we’re working, and it’s moving along," he said.

Speaking on the Diwali celebrations, Modi said: "As we light the Diya in the White House, and we join in the fellowship with all of those who light lamps in their own homes, cities, and places of worship.  America is a land of faith, and we are truly fortunate to have these wonderful traditions woven into the tapestry of our national life.  And that is true."