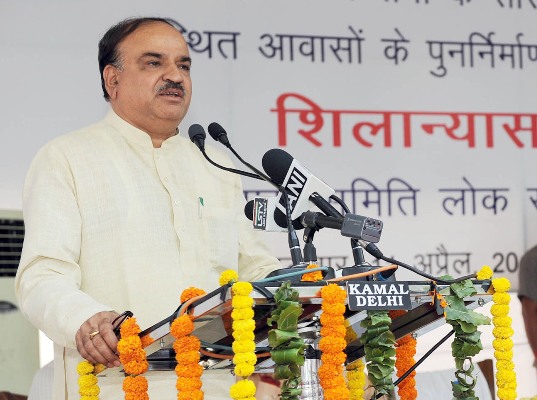 In a Resolution passed at a special Cabinet Meeting, the Cabinet noted that in his passing away, the Nation has lost an experienced leader.

The Cabinet met today under the Chairmanship of Prime Minister Narendra Modi and extended its heartfelt condolences to the bereaved family on behalf of the Government and the entire nation.

The Cabinet observed two-minute silence in his memory and passed a condolence resolution. The text of resolution is as follows:

Anant Kumar started his public activities as a student activist. Subsequently, he became a member of the BJP and was the Organising Secretary of the Party's Karnataka Unit.

Later on, he became the President of the Party in Karnataka. It was under his stewardship that Party expanded in the State of Karnataka and eventually formed the Government of its own. He was the National General Secretary of the Party and a Member Secretary of its Parliamentary Board.

He was amongst key strategists of the Party.

In 1996, he was elected to the Lok Sabha from Bengaluru South for the first time. In his subsequent term as an MP in 1998, he became the youngest minister in the Vajpayee Cabinet and was appointed the Minister for Civil Aviation. He continued to represent the prestigious Bengaluru South Lok Sabha Constituency till date, for the 6th time.

In his long political career, he had earlier held the portfolios of Union Minister of Tourism; Culture, Youth Affairs and Sports; Urban Development and Poverty Alleviation; Rural Development. He had also been Chairman and member of several Parliamentary Committees.

Ananth Kumar was an active social worker and was involved through his NGOs in undertaking many social service projects such as providing nutritious mid-day meal to under-privileged school children with Government support, running a mobile unit fitted with educational gadgets covering different schools situated in slums of Bengaluru, adoption of Government schools to provide drinking water and other facilities and running vocational training programmes for under-privileged, especially girls and women.

He also launched an initiative called 'Green Bengaluru 1:1', which aims to increase the green cover in Bengaluru by planting one crore saplings for taking 'Tree-to-Person' ratio to at least one in Bengaluru. This initiative has seen regular planting and nurturing drives.

The Cabinet places on record its appreciation of Ananthkumar's services to the Nation in different capacities.

The Cabinet also expresses its deep sense of grief on his death. In his untimely demise, the Nation has lost an experienced leader. On behalf of the entire Nation, the Cabinet extends its heartfelt condolences to the bereaved family”.