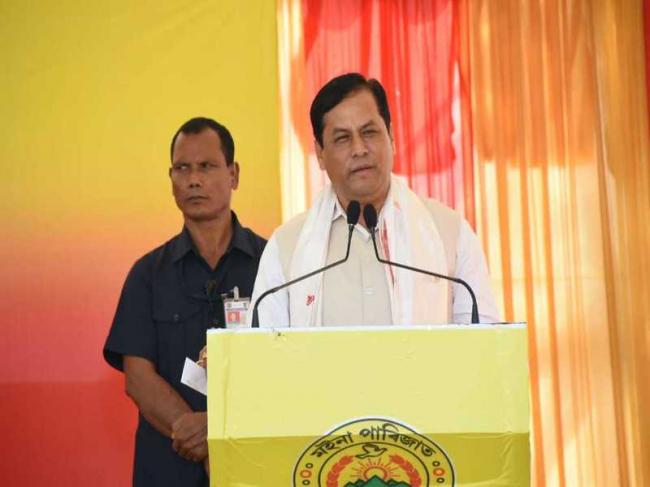 Assam government will institute award to recognize services to children

Guwahati, Nov 8 (IBNS): Assam Chief Minister Sarbananda Sonowal on Thursday laid foundation stone for the construction of an auditorium of Sadau Asom Maina Parijat under Untied Fund for the year 2017-18 at Sarusajai in Guwahati.

While attending a function organized on the occasion, he announced the Assam government would institute an award in the name of Padmashree Nalinibala Devi to recognize the services rendered for overall development of children in the state soon.

The Assam Chief Minister emphasised on promotion of creativity and instillation of human values among children.

He said there was a need to inspire the children to imbibe human and morale values so that they could contribute in reinforcing peace, harmony and brotherhood in society.

Moreover, lauding the initiative of Sadau Asom Maina Parijat for setting up ‘Children Clubs’ in all its branches in 22 districts of the state, the Assam Chief Minister suggested to expand the network to the remaining districts as well.

He also appreciated the role of Maina Parijat in providing a platform to the children for cultivating their inherent talents and generating a positive environment in the society.

Underlining the role of parents, teachers and society in building positive and robust personalities among children, Sonowal highlighted the need for good people to strengthen the socio-cultural fabric of the nation.

“Parents and teachers have a huge responsibility in building personality of the children. They must inspire them to emulate the ideals of great personalities and boosting their self confidence so that they could develop positive outlook towards life,” Sonowal said.

The Chief Minister’s legal advisor Santanu Bharali, Advisor of Sadau Asom Maina Parijat ,Jiten Bhagawati, and a host of other dignitaries were present on the occasion.