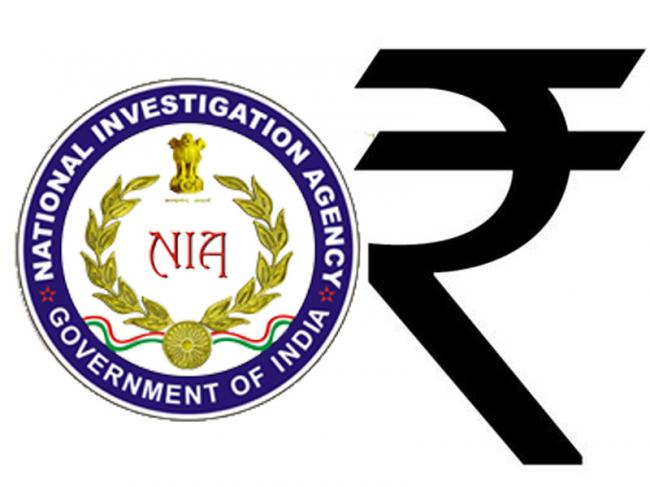 Guwahati, Oct 19 : The National Investigation Agency (NIA) has arrested a person from Assam’s Kamrup district, who they say was involved in the Fake Indian Currency Notes (FICN) distribution in India.

Identified as Md Akbar Ali, the arrested individual would collect the notes across the international border and circulate it in Bengaluru.

Police said he is a kingpin of the FICN network in the country.

Akbar Ali was absconding and a reward of Rs 25,000 was earlier announced by NIA for his arrest in connection with the case no RC 02/15/NIA/HYD (FICN Vizag case).

A top official of NIA said that the case relates to seizure of High Quality Fake Indian Currency Notes (FICN) of face value of Rs 5,01,500 from the possession of one Saddam Hossain in September, 2015 at Visakhapatnam.

“During investigation it was revealed that accused Saddam Hossain had travelled to Malda in West Bengal from Bangalore on the instructions of Amirul Hoque and collected high quality FICN from Roustam on four occasions in the year 2015 and was part of a larger group of persons involved in smuggling of high quality FICN from across the international borders and circulating it in Bengaluru," the NIA officer said.

"He had been absconding since then. Akbar Ali was instrumental in forming a gang at Bangalore which was involved in trafficking and circulating the high quality FICN. He was a part of a larger conspiracy along with other accused persons mostly based in Malda, West Bengal in smuggling high quality FICN from across the international border with an intention to threaten the monetary stability of India.

NIA had produced Akbar Ali before the CJM Court, Guwahati on Thursday and obtained transit remand.

He will be produced before the Special NIA Court in Vijayawada.