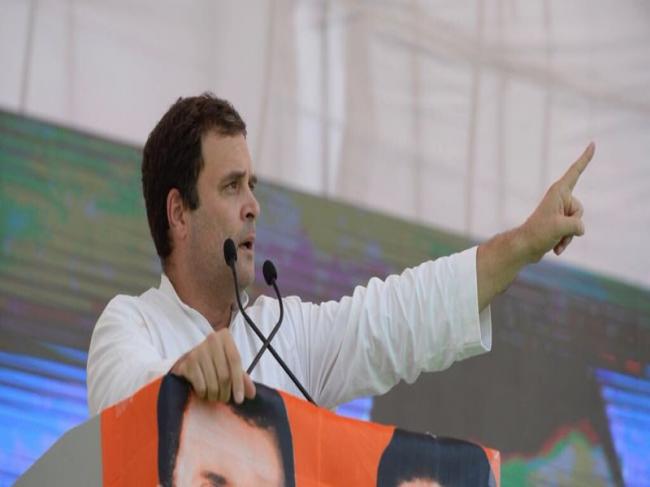 Attacking the Centre, Gandhi said public sectors are the 'temples' of modern India.

"Public Sectors are the temples of modern India. We cannot allow them to be destroyed. If somebody thinks they can build their future on your graves, that cannot be allowed. We are going to fight for your future," Gandhi said.

HAL is India's strategic asset. The future of India's aerospace industry has been destroyed by snatching #Rafale from HAL & gifting it to Anil Ambani.

Come defend the dignity of India's defenders. I am in Bengaluru to stand with HAL’s employees. Join me outside HAL HQ, at 3 PM. pic.twitter.com/FzfVGZ17Z6


"Defence Minister says HAL does not have the capability. What capability does the private individual have? I can see the 70+ years of progress made by HAL," he said.

Gandhi said he wanted to apologise HAL employees on behalf of the Indian government over the developments related to the Rafale deal.

He said: "I want to commit to you that Public Sector is the backbone of the country and its Defence Forces."

Mediapart's article reinforces the explosive statement by former French president Francois Hollande last month that France did not have a choice in selecting Anil Ambani's rookie defence company for the offset clause in which  Dassault has to ensure that business worth at least half the deal's worth -- Rs.30,000 crore -- is generated in India. Dassault had said even then that the decision was its own.