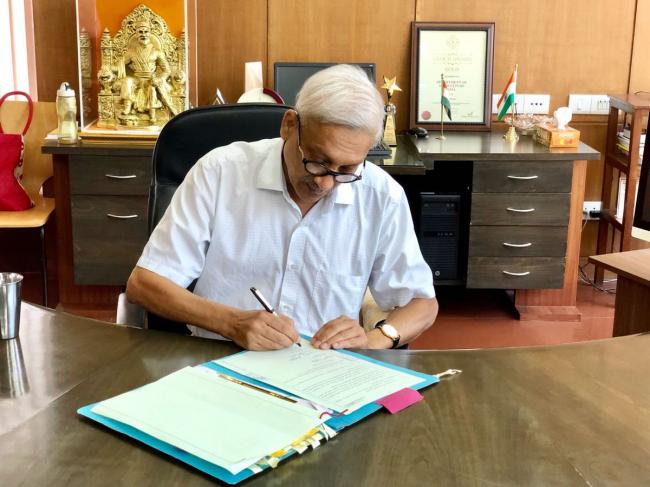 The BJP, however, has maintained that there is no need to change the leadership in the state, reports said.

The Congress, which has 16 members in the 40-member state Assembly, submitted a memorandum to the Governor Mridula Sinha, urging her not to dissolve the Assembly and instead invite the Congress to form the government, Leader of Opposition Chandrakant Kavlekar was quoted as saying by NDTV.

Parrikar is undergoing treatment for pancreatic ailment at the AIIMS.

Parrikar, who returned from the US after a medical check-up last week, was admitted to a hospital in Goa on Thursday evening.

The Chief Minister has been suffering from illness for quite sometime now.

As Parrikar is unable to carry out administrative works regularly, the Bharatiya Janata Party (BJP), which is leading the state government, is now looking for alternatives for the Goa Chief Minister's post.

Parrikar, a former Defence Minister, assumed his portfolio in 2017 after the BJP managed to garner support from other smaller parties to form a coalition government in the coastal state.

The smaller parties had said they would lend support to the saffron outfit if Parrikar was made the Chief Minister.