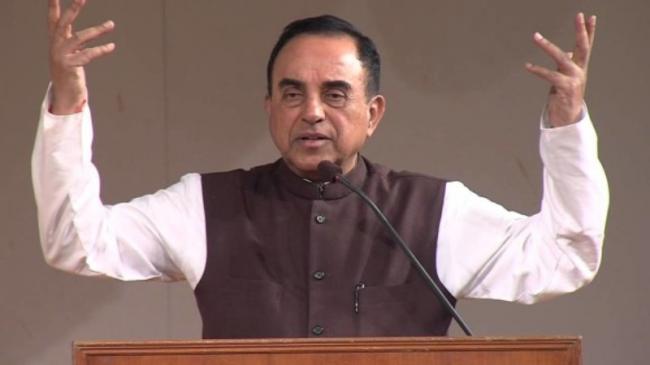 Rubbishing Mallya's claims, Jaitley said he never gave an appointment to the former who once had approached the Finance Minister in the Rajya Sabha (upper house of the parliament).

Taking a cue from Jaitley's reaction, Swamy tweeted, "We have now two undeniable facts on the Mallya escape issue: 1. Look Out Notice was diluted on Oct 24, 2015 from “Block” to “Report” departure enabling Mallya to depart with 54 checked luggage items. 2. Mallya told FM in Central Hall of Parliament that he was leaving for London."

Mallya, who owes Rs. 9,000 crore to banks and faces trial on different counts ranging from defaulting of loans to money siphoning, on Wednesday, claimed he met Jaitley before leaving the country.  He also claimed to have made "repeated offers" to Jaitley to "settle issues."

Jaitley said on a Facebook post: "The statement of Vijay Mallaya that he met me & offered settlement is factually false in as much as it does not reflect truth. Since 2014, I have never given him any appointment to meet me and the question of his having met me does not arise."

An ensuing post read: "Since he was a Member of Rajya Sabha and he occasionally attended the House, he misused that privilege on one occasion, having been fully briefed about his earlier “bluff offers”, I curtly told him “there was no point talking to me and he must make offers to his bankers.” â€¬

Maintaining that he never gave an appointment to Mallya, Jaitley said: "â€ªI did not even receive the papers that he was holding in his hand. Besides this one sentence exchange where he misused his privilege as a RS Member to further his commercial interest as a bank debtor, there is no question of my having ever given him an appointment to meet me.â€¬"

Mallya made this statement to reporters outside London's Westminster Magistrates' Court, where his extradition case is being heard.

The liquor baron is currently on bail on an extradition warrant since his arrest in April last year.

Mallya was arrested by Scotland Yard over a fraud case but was later granted bail by fulfilling a 650,000-pound bail bond.