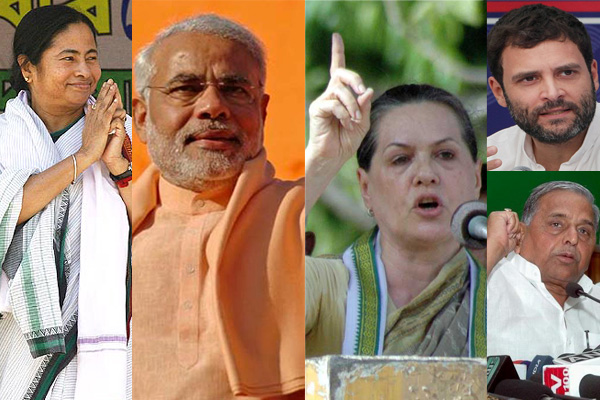 We are main opposition in West Bengal: BJP

India Blooms News Service | | 16 Sep 2014, 12:26 pm
# West Bengal, # BJP, # Trinamool Congress
Kolkata, Sept 16 (IBNS) After a historic win in Basirhat South seat opening its account in West Bengal assembly after over a decade, the Bharatiya Janata Party Tuesday said they were blessed by the people of Bengal to emerge as the main opposition in the state.

"This is a win of the people, of every BJP worker. I have nothing to boast. People blessed us. My dedicate this win to Keshav Baliram Hedgewar (RSS founder), the most misunderstood statesman of 20th century," said Samik Bhattacharjee after the win, not forgetting the RSS role in the BJP emergence elections.

BJP spokesperson Ritesh Tiwari, who emerged second in the Chowringhee seat despite losing to Trinamool Congress candidate Nayana Bandopadhayay, said the people voted against the Saradha scam indulged by the ruling party in Bengal.

"It is clear now that we are the main opposition in Bengal," said the BJP leaders.

BJP said even the disgruntled Left supporters rooted for BJP.

The BJP created a history of sorts in West Bengal by winning its first ever Assembly seat in the state since 2001 as its candidate from Basirhat South in North 24 Parganas in the Indo-Bangladesh border constituency, Samik Bhattacharjee, won the elections.

As counting of votes in West Bengal began on Tuesday, the ruling Trinamool Congress was ahead in both the Chowringhee (in Kolkata) and Basirhat South (in North 24 Parganas) seats though the BJP was fast catching up with the TMC in Basirhat with the votes of the towns. In rural segments TMC did better but in the final count BJP emerged winner.

Three Lok Sabha constituencies and 32 Assembly segments all over India went to poll on Saturday last with eyes largely fixed on the two seats that went to polls in West Bengal owing to a serious challenge thrown by an aggressive BJP to ponzi-scam hit ruling Trinamool Congress in the state. .

The Mamata Banerjee-led ruling Trinamool Congress’faced a strong challenge in these seats from BJP after its image was badly hit by the arrest of two of its party leaders in the multi-crore Saradha chit-fund scam. Several others connected to TMC are being grilled by the CBI.