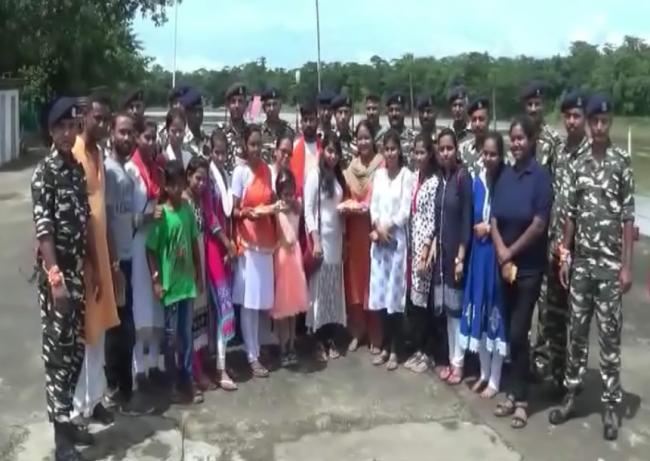 Guwahati, Aug 26 (IBNS): As the nation celebrated Raksha Badhan on Sunday, jawans at the Indo-Bangladesh border area also joined to the mood of festivity here.

On the occasion of Raksha Bandhan, groups of women, girls on Sunday thronged the various security installations in Assam’s Karimganj district along with Indo-Bangladesh border to tie rakhis on the wrists of jawans and officers.

The local women and girls visited the BSF camp at Sutarkandi Border Out Post (BOP) in Karimganj district along the Indo-Bangladesh border and tied rakhis on the wrists of the BSF jawans, officers posted away from their homes.

The groups of women, including students, also visited the CRPF camp in Karimganj and tied rakhis to the security personnel.

A CRPF official posted in Karimganj district said they have received lots of love from the locals on the occasion of Raksha Bandhan.