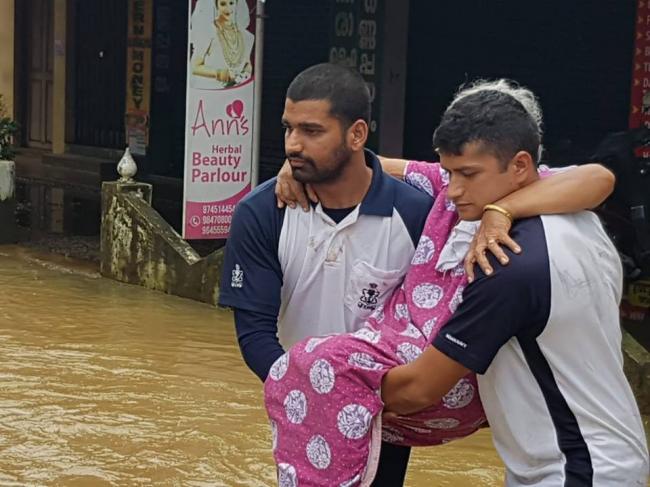 Is Kerala flood a manmade disaster?

Thiruvananthapuram: As of Aug 20, 2018, 370 people have lost their lives in the Kerala floods, which have been dubbed as the worst to hit 'God's Own Country' in a long time. However, the natural disaster could have been avoided, say experts.

A few years ago, in 2011, officials of the Western Ghats Ecology Expert Panel (Gadgil Committee) had suggested several measures to the then Kerala government, which fell into deaf ears. Seven years later, Kerala is reeling under floods and has lost around Rs 83 billion, apart from manpower.

Kerala Chief Minister Pinarayi Vijayan said as per the primary assessment, the state has incurred a loss of Rs. 8316 crore (Rs. 83 billion) and facing its worst flood in history after 1924.

Most of the affected areas were already marked as ecologically-sensitive zones (ESZs) by a team headed by Madhav Gadgil, ecologist and founder of the Centre for Ecological Sciences at the Indian Institute of Science, Bengaluru.

In its report, the committee had urged the state to classify around 140,000 kilometres of the Western Ghats in to three zones, as per the requirement of environmental protection in the areas.

It had also recommended that the government place strong restrictions on certain portions of the land on mining and quarrying, use of land for non forest purposes, construction of high rises. However, the recommendation was rejected by the government.

Gadgil has been critical of the Kerala government. Speaking to several local media outlets, he has termed the calamity as a partially manmade disaster. 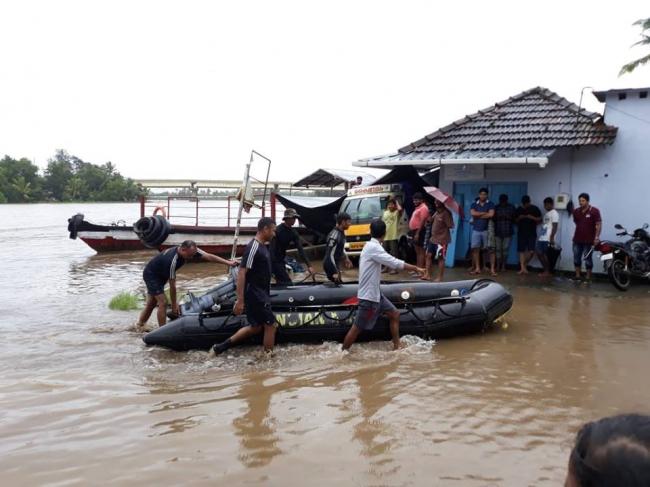 "Yes, there is an intense rainfall event which has caused this. But I am quite convinced that the last several years’ developments in the state have materially compromised its ability to deal with events like this and greatly increased the magnitude of the suffering that we are seeing today. Had proper steps been taken, the scale of the disaster would have been nowhere near what it is today," he told The Indian Express.

"In fact, it is not even a question of the report not being accepted or the recommendations being ignored. If the governments had just followed the law, if there was good governance, a disaster of this proportion could have been avoided.

"Unfortunately, our state governments are in the grip of, and in collusion with, vested interests that do not want any environmental laws to be implemented, and the local communities to be empowered. Our recommendations would have been accepted in any law-abiding society that believes in good governance. Unfortunately, we have a lawless society and extremely poor governance.

"Stone quarrying has become more and more rampant after that, and in the last few years it has exceeded all limits. Activities like these certainly contribute to the magnitude of the damage that has been caused by this [flooding] event," he said.

Speaking about the lack of application from the state government, V. Thomas, former scientist at the National Centre for Earth Science Studies (NCESS) told Mongabay-India: "Landslides caused major damage this time. Most of the people have died in landslides. These landslides were severe in hilly districts like Idukki, Wayanad etc. – the regions that came under Gadgil Committee report.”

“The report had clearly mentioned how to protect ecological sensitive areas with the help of local communities. But state did not accept it. None of the authorities tried to convince people in the area over Gadgil report. So people were also against it. That was a failure of government as well as other concerned organisations.  We implemented some other recommendations which were not suitable for the environment.

“Quarrying is a major reason for environmental hazards like landslides. Apart from that, buildings in environmentally sensitive areas are also a reason. Resorts, hotels and religious institutions built on such areas destroying the nature can also contribute to a disaster,” he said.

Apart from the failure to implement the committee's recommendation, the Kerala government's lack of foresight also aggravated the crisis, said experts.

Earlier this month, after a public warning, it opened all the five shutters of the Idukki dam, located at Cheruthoni. Idukki is the biggest arch dam in Asia.

Its opening led to the flow of 700,000 litres of water per second from the Idukki dam into the Periyar river, making it swell.

D. Balamurali, Idukki district collector was quoted in the media as saying :"Because of torrential rains and landslides, 18 relief camps have been started in different parts of Idukki district and almost 1000 peoples have been relocated to these camps. Opening of the shutters of Cheruthoni dam due to increased water level of Idukki dam has also resulted in people being moved to camps. We have taken enough measures to provide all the necessary facilities for the affected people.”