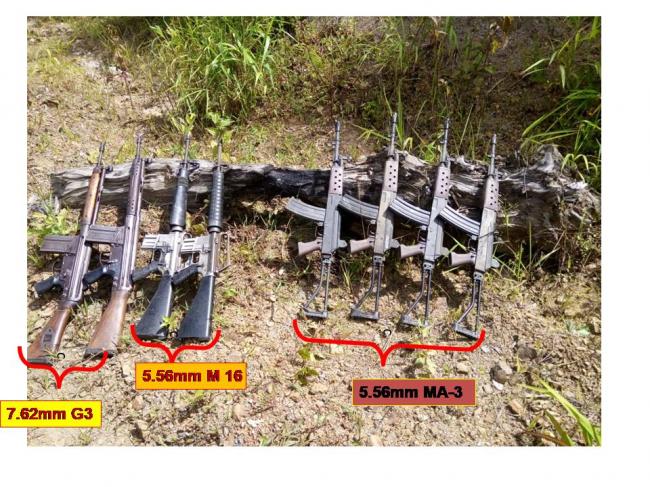 A joint operation conducted by Serchhip battalion of Assam Rifles and Customs Department on Thursday, led to recovery of eight foreign made assault rifles along the Indo-Myanmar border, north of Friendship Bridge at Zokhawthar in Champhai district, Mizoram.

Kohima based Defence PRO Colonel Chiranjeet Konwer said that, acting on specific intelligence in concert with the Customs Department and other intelligence agencies, the Assam Rifles battalion established multiple check posts along the Indo-Myanmar border to intercept the smugglers.

On being confronted approximately 500 meters from the border on the Indian side, the two suspects on a Kenbo motorcycle, tried to flee into Myanmar.