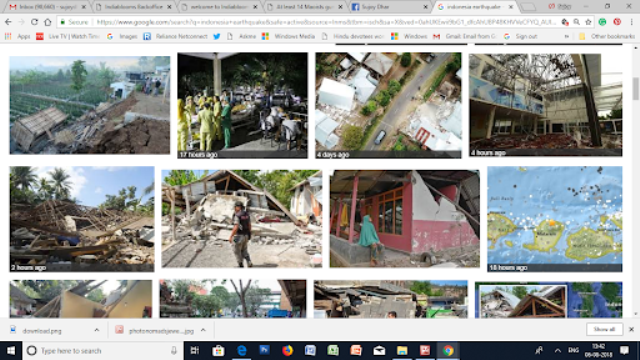 Jakarta, Aug 6 (IBNS): The  toll in the Lombok earthquake in Indonesia has touched 91, reports said on Monday.

As per reports, the quake was felt off the north coast of the island and struck 10kms underground.

The Meteorology, Climatology and Geophysics Agency (BMKG) has placed the northern part of East and West Lombok on a tsunami alert, warning that the first wave to hit the region may not be the highest, as per The Jakarta Post report.

Gili Islands was also hit by the quake.

About 1000 tourists are being evacuated from the island.

"Airports on both Lombok and Bali are both operating normally despite some minor damage - at Bali's Denpasar airport some ceiling panels were shaken loose by the tremors," BBC reported.