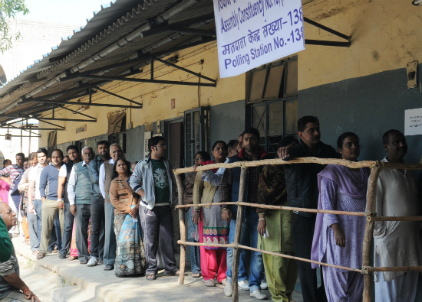 On Friday, Chief Election Commissioner VK Sampath told reporters on Friday that people of both the states will cast their votes on October 15.

Counting will be held on October 19.

Notification for both states will be issued on September 20.

Scrutiny of nominations will take place on September 29, while last date of withdrawal is on October 1.

EC said that like General Elections, this time also ‘NOTA’ and ‘VVAT’ will be used.

CEC Sampath said, “We have made provisions for NOTA as per directions of Supreme Court. Voter Verifiable Paper Audit Trail will be used in limited numbers in these elections.”

EC also said, By-poll for Lok Sabha seat will be held in Maharashtra's Beed and Odisha's Kandhamal will also take place on October 15.

On Jammu & Kashmir’s present situation where State elections were earlier called off due to natural calamity that has ravaged the state, EC told that they are following the situation closely.

Sampath said, “We are watching the situation in Jammu and Kashmir very closely.”