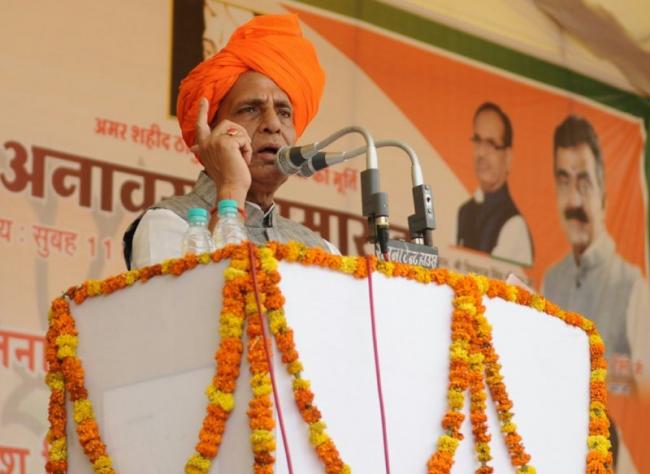 New Delhi, July 18 (IBNS): Condemning the recent acts of mob lynching across the country, Union Home Minister Rajnath Singh said unverified fake news circulated through social media was the trigger for such incidents and it is up to the State Governments to take remedial measures as this is a state matter.

Unhappy with the Minister's statement in the Lok Sabha, Congress members staged a walkout.

"The lynching incidents happened in the past well. I condemn all the incidents on behalf of my government," Singh said.

"Unverified reports, fake news spread through social media is a trigger. Such incidents are unfortunate and I request state Governments to take appropriate actions against the culprits.  It is the state government's responsibility to ensure that no such incidents take place in the future," he said.

Singh's brief statement was punctuated by acrimonious noise by members of the Opposition.

The Home Minister, however, said despite law and order being a state subject, "Centre cannot keep quiet."

"Twice, the Centre issued advisories. These kinds of incidents take place using social media as tool to propagate fake news. We have asked social media service providers to install checks in their system to prevent such incidents."

The Home Ministry has sent an advisory to States twice, in 2016 and 2018, Singh said, adding social media service providers have been asked to install checks in their platforms. "Such incidents are unfortunate, I have spoken to the Chief Ministers personally to ensure the perpetrators are arrested."

Expressing their dissatisfaction with the home minister, few members of Congress staged a walkout.