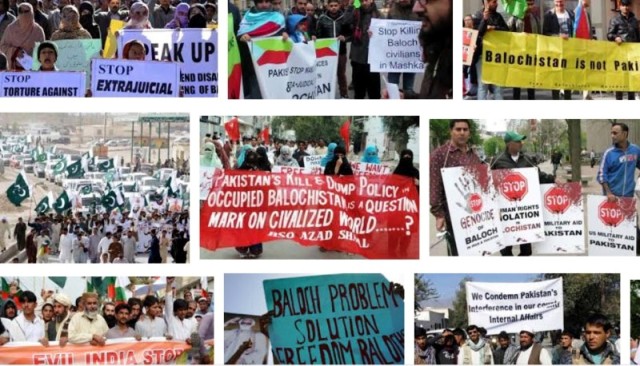 Vancouver: Canada-based Balochistan activist Naela Quadri Baloch, who was recently barred from boarding a flight from Montreal to Geneva for participating in a protest on the sidelines of the UNHRC events, said Pakistan is committing genocide and resorting to rape and abductions aided by China which is building an economic corridor through their territory to further their global trade dominance.

The firebrand freedom fighter, who was stopped from boarding a flight from the Montreal airport to Geneva last month, where she was heading to lodge a protest at Broken Chair side event of the United Nations Human Rights Commission (UNHRC) against abductions and rape of Baloch women and genocide of Baloch people, said Pakistan is trying to eliminate them completely by resorting to such brutalities.

Stopping me from @UNHumanRights can't silence #Baloch voices against #genocide no to #CPEC pic.twitter.com/IyM87EtJwH

Informing that she would lead a series of protests against the ongoing atrocities on women and the China-Pakistan Economic Corridor (CPEC) through Balochistan,  Naela Quadri Baloch told Just Earth News: "We will continue our struggle and apprise all the countries and their lawmakers of how Pakistan is now trying to occupy Balochistan with the help of China [the two nations are collaborating by building a collection of infrastructure projects worth around $46 billion meant to deepen economic ties between China and Pakistan]."

"With the help of China now, Pakistan is trying to finish us. They are killing us, abductions, rapes and disappearances are common, they stopped water and electricity for Baloch people," she said, referring to the CPEC project's implementation.
The  CPEC will connect China's largest province Xinjiang with Pakistan's Gwadar port in Balochistan. It was launched in 2015 and passes through Pakistan-controlled Kashmir and Balochistan, home to a long-running insurgency.

The CPEC is a part of Chinese President Xi Jinping's Silk Road Economic Belt and the 21st Maritime Silk Road projects, aimed at deepening Mainland China's economic cooperation with a number of Asian and European countries.

India has expressed concerns over China’s infrastructural development in Pakistan-Occupied Kashmir (POK) under the  CPEC project – which, according to strategic experts, is a vital part of Beijing’s ‘One Belt, One Road’ initiative, something India thinks will challenge its sovereignty.

Even in Pakistan many lawmakers earlier expressed the fear that CPEC "could turn into another East India Company  [which had ruled Indian subcontinent and took on govt power] if the country’s interests were not actively protected."

Naela Qadri Baloch said: "Pakistan with the help of China has stooped to the level of raping our women. We have to save our people, our women and save our soil." 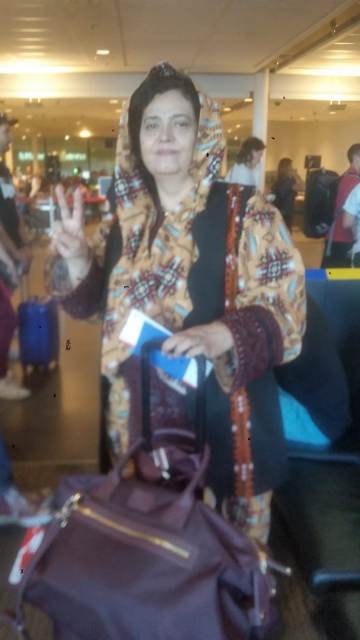 "We fought the British and Portuguese but never in the history of that struggle our women were raped like Pakistan is doing now,"  alleged Naela Quadri Baloch.

The. Canada based Baloch freedom fighter hit the news when last month she was barred from boarding a flight to Geneva from Montreal after the airline authorities cited a visa issue, a reason that she contested vehemently.

"I was stopped at the airport and that is a reality and so people should think who was behind this. I have to go to the root cause. The United Nations cannot be an unreachable forum for  Baloch people, if such a thing happens where do we go," she asked.

She said the UN is supposed to hear the voices of the people and such a thing- barring her from travelling to lodge protest- happened to her for the second time.

"After I applied for the visa following the process, I was told by the Swiss Consul General that I do not need a visa to visit nine countries in Europe, including Switzerland if I have Canadian travel documents.

"On the day of the travel, I was even issued a boarding pass from Vancouver. But when I reached Montreal and was about to board the flight I was stopped by Air Canada saying Switzerland is not included among those countries and I can only travel to Germany. Why did they not stop me in Vancouver itself? " asked Naela Quadri Baloch.

According to the Balochistan freedom fighters, China is eyeing the resources of the province, including its gold reserves.

Pakistan and China said CPEC would transform Pakistan’s economy by modernizing its road, rail, air, and energy transportation systems and connect the deep-sea Pakistani ports of Gwadar (in Balochistan) and Karachi to China’s Xinjiang province and beyond by overland routes.

But Balochistan activists are protesting worldwide against the project which they said is causing expulsion of Baloch people from the route of the CPEC.

Indian defence ministry in its annual report in March this year said "the CPEC passing through Pakistan-occupied-Kashmir challenges Indian sovereignty."