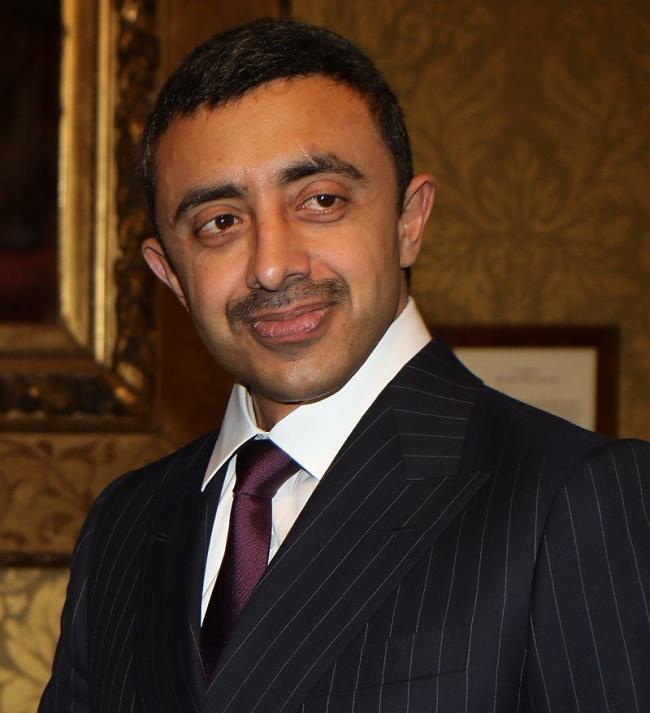 He will be accompanied by a senior-level delegation. Apart from the official programme in New Delhi, the visit also includes engagements in other States of India.

During the visit, Sheikh Abdullah will call on Prime Minister and hold official talks with External Affairs Minister.

He would also be meeting other Union Ministers and Governors/Chief Ministers of the States being visited by him.

Indian Prime Minister Narendra Modi had visited the UAE in August 2015 when the two countries decided to elevate their relations to a Comprehensive Strategic Partnership.

The Prime Minister had another successful visit to UAE in February, 2018.

Crown Prince of Abu Dhabi Sheikh Mohammed bin Zayed Al Nahyan had visited India in February, 2016 and later in January, 2017 as the Chief Guest at the Republic Day celebrations.

"India and the UAE enjoy warm, close and multi-faceted relations underpinned by historic, cultural, religious and economic linkages which stand elevated to a Comprehensive Strategic Partnership. The UAE is India’s third-largest trade partner and sixth-largest supplier of our energy needs," the Ministry of External Affairs (MEA) said in  astatement.

"Several significant developments have taken place in the recent past including awarding of a 10% stake to Indian consortium in Lower Zakum offshore field, participation of UAE in India's strategic petroleum reserves, investments by the Abu Dhabi Investment Authority in infrastructure and increasing engagements in energy, food security, logistics, space etc. A 3.3 million-strong Indian community, largest in the Gulf region, has made the UAE its second home and is contributing to its development" the statement added.

Sheikh Abdullah bin Zayed Al Nahyan had visited India earlier in September, 2015 and had also accompanied the Crown Prince of Abu Dhabi during his visits.

The present visit would provide the two sides with opportunity to further strengthen their 'Comprehensive Strategic Partnership.'