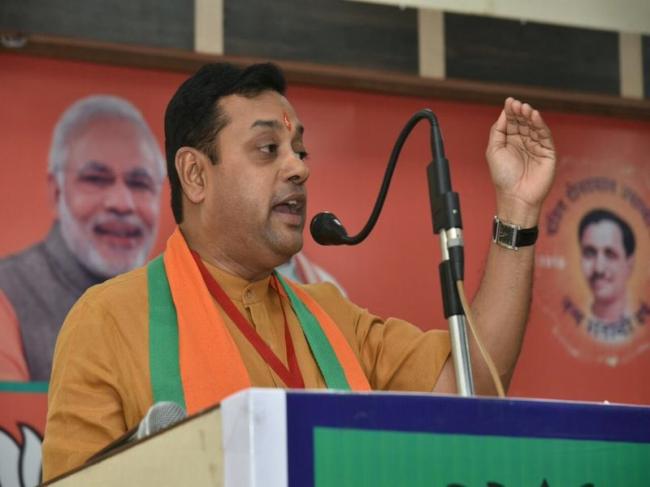 New Delhi, May 31 (IBNS): Despite a dismal show in the by-polls against a united Opposition in Uttar Pradesh, the Bharatiya Janata Party (BJP) is exuding confidence in returning to power in 2019 under the leadership of Prime Minister Narendra Modi.

At a press conference on Thursday, BJP's national spokesperson Sambit Patra said: "People of the country know the meaning of PM. PM means Performance and Mehnat (hard work). So in 2019, Modi will become the PM once again based on performance and hard work."

However, Patra did not give much importance to the by-poll defeats. He said the victory in UP Assembly election a year ago came after few by-poll setbacks in 2014.

Maharashtra has however salvaged some of BJP's integrity as the Palghar parliamentary constituency was won by the saffron brigade. In this constituency, the BJP defeated ally-partner Shiv Sena, which had already announced that it will go solo in 2019 General Elections.

But in Maharashtra too, it is not all roses but thorns for the BJP. The BJP, despite earning an initial lead, has been defeated by Sharad Pawar's Nationalist Congress Party (NCP) in Bhandara-Gondiya parliamentary constituency.

The BJP has won Uttarakhand's Tharali as well.

Though the Congress has bagged four Assembly seats namely Karnataka's RR Nagar and Meghalaya's Ampati, Punjab's Shahkot and Maharashtra's Palus-Kadegaon, Patra did not spare the second largest party of the country.

In the context of the several wins by the regional parties across the country, Patra said the Congress is not in the "centre of politics" anymore.

"The Congress has been designated as the peripheral player in the present political scenario," the BJP spokesperson added.

Terming the Congress as "cheerleaders" of the regional parties, Patra felt it is the Congress which needs to do an "introspection".

The JMM has won both Gomia and Silli Assembly seats of Jharkhand.

TMC candidate Dulal Das won by a huge margin of more than 62,000. The BJP has emerged as a distant second in Maheshtala, pushing the Left to third position.

The BJP's emergence as a challenger to the ruling TMC in West Bengal has been referred to as "silver lining of clouds" by Patra.

The CPI-M has held its Chengannur Assembly seat in Kerala, defeating the Congress.

While the NDPP is leading in Nagaland Lok Sabha seat.