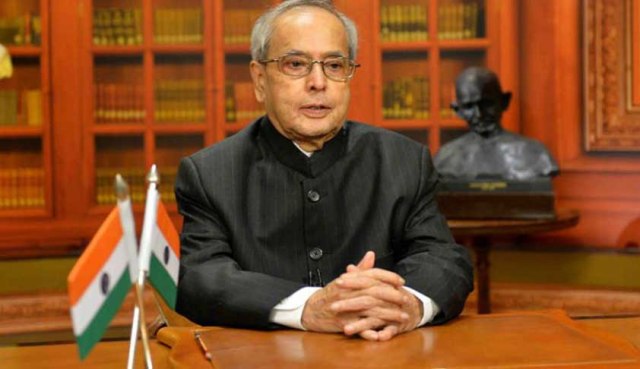 New Delhi, May 30 (IBNS)  Former President Pranab Mukherjee has reportedly accepted an invitation from the Rashtriya Swayamsevak Sangh  (RSS), the ideological patron of the ruling Hindu nationalist Bharatiya Janata Party (BJP), to attend a key function of the organisation at the headquarters of the Sangh in Nagpur, triggering a political firestorm and speculations.

Many Congress leaders have expressed surprise and dismay in the decision of Mukherjee, who all through has been seen as a secular leader representing the Congress party at the decision making level.

While Congress has not yet officially remarked on the decision of Mukherjee, it is clear that the latter is eyeing a role independent of his political past since 1969 when he was elected to the Rajya Sabha with the support of later prime minister Indira Gandhi, his political mentor.

According to media reports, some Congress leaders have urged him to reconsider his decision to attend a function of the saffron outfit which has always been denounced as a communal force by Mukherjee's party and allegedly the former President himself.

Mukherjee is reportedly going to be the chief guest at the valedictory function of the ‘Tritiya Varsh Varg’ or ‘third-year course’ of the RSS recruits on June 7. He will address the new recruits too, said reports.

Reports quoted RSS sources saying that even Mahatma Gandhi and Jaiprakash Narayan had attended functions of the RSS and India's first prime minister Jawaharlal Nehru had also invited it to participate in Republic Day parade in 1963 for its social work.

Mukherjee, who is often described as the best Congress prime minister that India never had, had documented how he was denied the position in 2004, in his book The Coalition Years.

"I returned with a vague impression that she [Sonia Gandhi] might wish to consider Manmohan Singh as the UPA presidential nominee. I thought that if she selected Singh for the presidential office, she may choose me as the prime minister. I had heard a rumour that she had given this formulation serious thought while on a holiday in the Kaushambi Hills," he had written.

Following the assassination of Indira Gandhi, he was sidelined for a period after he fell out with Rajiv Gandhi. But he later bounced back and later became close to Sonia Gandhi who took over the reigns of the Congress after Rajiv's assassination.

According to an NDTV report, many politicians across party lines have confirmed that "the 82-year-old is playing a significant role in bringing non-Congress, non-BJP leaders together to form an alternative front ahead of 2019."

Security personnel patrolling near the Sher-e-Kashmir Cricket Stadium 01 Jan 1970, 05:30 am