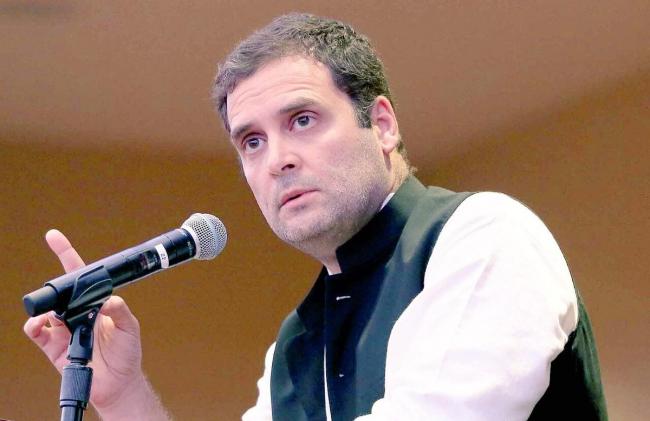 Tuticorin, May 23 (IBNS): Politicising the death of 12 people in Tuticorin over the anti-Sterlite protest, Congress president Rahul Gandhi on Wednesday lashed out at the Bharatiya Janata Party (BJP) and the Rashtriya Swayamsevak Sangha (RSS), media reports said.

Rahul took to Twitter to say in Tamil that the Tamilians were killed as they did not accept the RSS ideology.

He further said people of Tamil Nadu can't be suppressed.

Police said section 144 of CrPc has been clamped in and around the Sterlite unit to provide security to it as per the orders of the Madras High Court.

According to reports, the trouble broke out as local residents were demanding the closure of the plant, citing pollution and health issues and clashed with police, pelting stones after they were prevented from marching towards the plant.

The angry protestors also set set fire to the Collector's office premises and the quarters of Sterlite employees, reports said.

As the mob refused to disperse, the cops used tear gas to disperse the protestors near Sterlite employees' residential quarters.