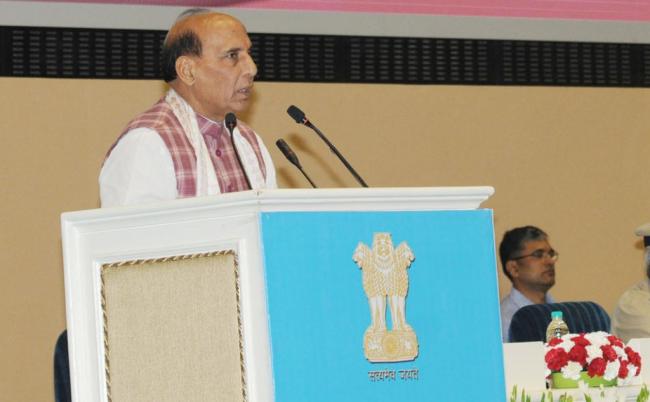 Addressing the gathering on the occasion, the Home Minister lauded the efforts of Central Reserve Police Force (CRPF) and the State Police in combating the Left Wing Extremism (LWE).

He pointed out that the Naxal leaders ensure their children receive education in reputed universities, while they mislead the children of poor tribal communities.

Said he, “The Left Wing Extremists want tribal people to remain poor forever as this suits their scheme and narrative. However, lifestyle of some Naxal leaders displays immense wealth and riches. While children of the Naxal leaders are studying in foreign universities, they mislead children of poor. But we have decided that all those Naxal leaders who have amassed ill gotten wealth by using poor people and manipulating their innocence, will be punished in severe manner."

“Naxalism is a challenge, but I want to say that this menace is now shrinking and is losing ground. The casualties in security forces have declined by almost 53 to 55 percent. Geographical expanse of Naxalism has also diminished by 40 to 45 percent. The credit for this achievement goes to the CRPF jawans and State Police," added the Home Minister.

Stressing that development is the most potent weapon to fight the sinister intent of Naxals who mislead people, Singh said, “I know that Dr Raman Singh, Chief Minister, Chhattisgarh is trying to ensure overall development of the State. He is focused on developing the remotest areas of the State to ensure inclusive development."

However, Maoists do not want these areas to develop as they very well know that if development takes place, their sinister plan will never succeed.

He added, “We have been ensuring road connectivity, electricity and other infrastructure to every village in the State. Some villages are still deprived of electricity and the people are suffering due to hurdles created by the Naxals. But I want to assure that no obstacle  can stop the development process in these areas."

Appreciating the work done and sacrifices made by the security forces, Singh said, “No amount of money can compensate the loss of life of our jawans. But we have certain responsibility towards the families of those who sacrifice their lives in the service of the nation. Keeping this in mind we decided that not less than one crore rupees should be given to the family of the martyred jawan as a token of our gratitude."

The ‘Bastariya Battalion’ that came into existence on 1st April 2017, has been created to enhance local representation in CRPF’s combat lay-out in the Bastar area besides providing the ‘Bastariya’ youths a full-proof platform for employment.