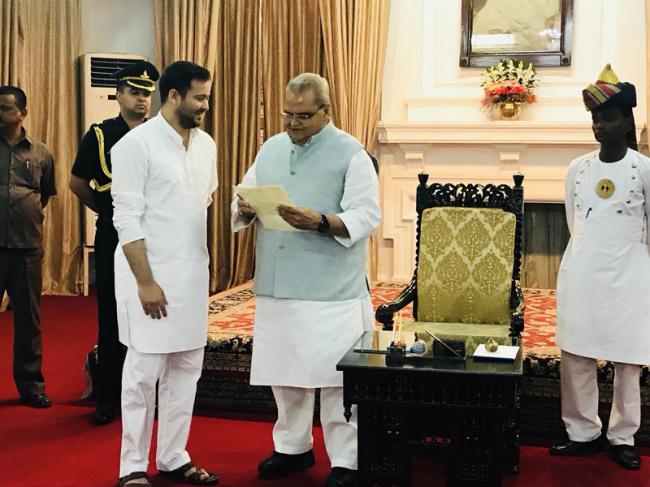 Tejashwi's action was driven by Karnataka Governor Vajubhai Vala's invitation to the Bharatiya Janata Party (BJP), which emerged as the single largest party in the recently concluded state polls, to form the government.

Although the Bihar grand alliance - which was formed by RJD, Janata Dal (United) and Congress- constituted the government in 2015, Bihar Chief Minister Nitish Kumar's JD(U) broke out of the alliance to join hands with the BJP in 2017.

Apart from Bihar, the impact of Karnataka's slug-fest can be felt in Goa too.

The Congress is likely to follow Tejashwi's example in Goa, which went to polls in 2017.

Despite emerging as the single largest party, the Congress was not invited to form the government in Goa.