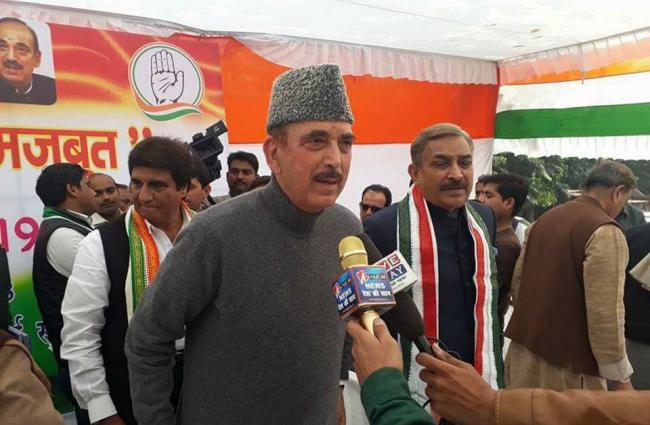 New Delhi/Bengaluru, May 18 (IBNS): Reacting to the Supreme Court's order to hold a floor test in the Karnataka assembly on Saturday, senior Congress leader Ghulam Nabi Azad has said the judges of the top court saved democracy of the country.

The top court's order gave a jolt to the Bharatiya Janata Party (BJP), which sought more time from the court to prove the majority in the Karnataka assembly.

Azad said: "On behalf of the Congress Party, I would like to thank the Honorable judges of the Supreme Court for upholding the rule of law. Some Governors, appointed by BJP, have not been taking decisions according to the Constitution."

Although the BJP emerged as the single largest party winner in the state with 104 seats, it failed to secure the simple majority of 113.

The Congress and the JD(S), which had won 78 and 38 seats, respectively, got united after the poll results to keep the BJP out of power.

BJP's BS Yeddyurappa has already been sworn in as the CM of the state.

A temporary Speaker will be selected to preside over the floor test in the Karnataka assembly. The top court has asked not to select anyone from the Anglo Indian community as the Speaker.

Karnataka's outgoing Chief Minister and Congress leader, Siddaramaiah, also raised questions over the Governor's role, "....The Governor's role in the Constitution is very important and he must be unbiased. But in Karnataka, the Governor has taken decisions to favor the BJP."

Siddaramaiah has termed the Supreme Court's order as "historic".

The Congress and the JD(S) appealed to the Supreme Court on Wednesday night immediately after the Governor's invitation to Yeddyurappa to take oath as the CM.

However, after a three-hour long hearing well into the night, the top court refused to stay the swearing-in ceremony, which was held on Thursday.