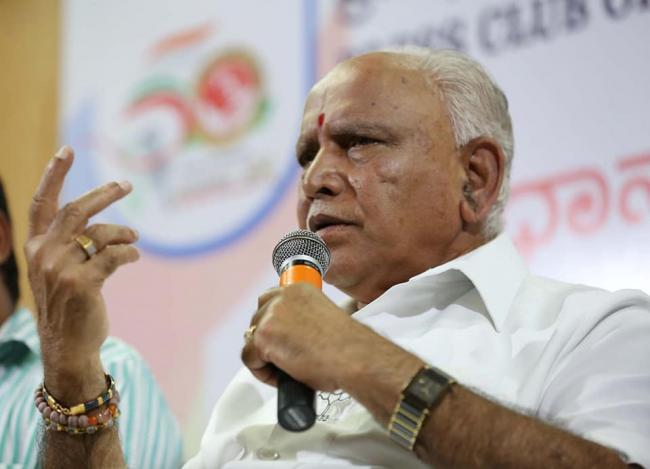 The announcement is significant in a state where close to 3,000 farmers have committed suicide due to drought and farm failure giving rise to a longstanding demand for waiving of loans.

Despite lacking simple majority, the BJP has formed its government under the leadership of Yeddyurappa. The saffron outfit got 104 seats as against  Congress's 78 and Janata Dal (Secular)'s 38.

With a post-poll alliance, the Congress-JD(S) combine are well over the majority mark (113).

Yeddyurappa has said the Congress and the JD(S) have insulted people's mandate by intending to form the government despite coming second and third respectively.

"People have rejected both the Congress and the JD(S)" the newly sworn CM said.

With the Bharatiya Janata Party (BJP) announcing that BS Yeddyurappa will take oath as the Chief Minister of Karnataka, the Congress-Janata Dal (Secular) combine had approached the Supreme Court for an urgent hearing on Wednesday.

However, a bench of Justice AK Sikri, Justice A Bobde and Justice Ashok Bhushan, which heard the plea, refused to put a stay on Yeddyurappa's oath taking ceremony in a midnight legal battle.

The top court will hear the case next on Friday.