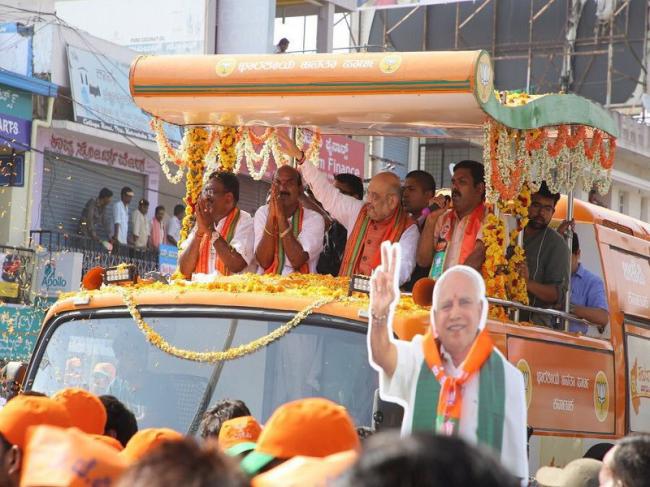 Bengaluru, May 15 (IBNS): Riding on Narendra Modi's charismatic campaign, the Bharatiya Janata Party (BJP) is all set to reach the majority mark as the Karnataka poll results are coming out on Tuesday.

According to recent trends, BJP is leading in 110 seats as opposed to Congress' 68.

Polling was not held in two seats on Saturday when people voted in the southern state to elect a new Assembly.