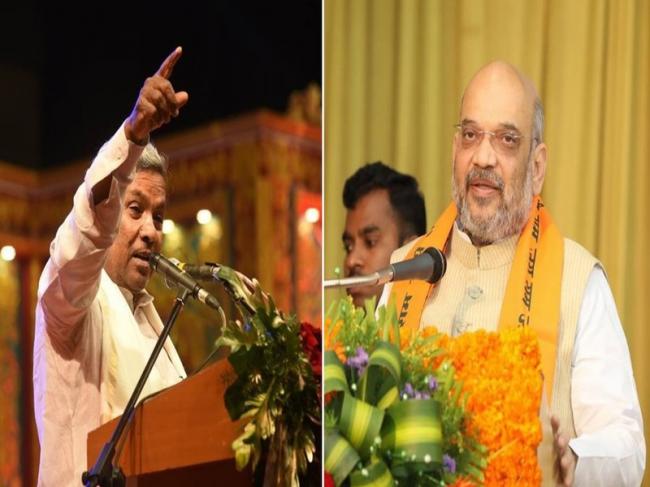 India Blooms News Service | @indiablooms | 12 May 2018, 07:40 am
#Karnataka, #KarnatakaVoting, #Voting, #AmitShah, #NarendraModi, #RahulGandhi
Bangalore, May 12 (IBNS): Karnataka is voting on Saturday to elect a new Assembly in the southern state.

Voting commenced at 7 am in the morning and will continue till 6 pm in the evening.

Karnataka Chief Minister Siddaramaiah, 69, is contesting from two seats, Chamundeshwari and Badami, in the assembly polls.

Karnataka has witnessed a fierce campaigning conducted by both the Congress and the BJP. Prime Minister Narendra Modi and Congress President Rahul Gandhi came down to Karnataka for the past few

"I appeal to all office bearers & workers of the Congress party in Karnataka to provide all possible assistance to those affected by the heavy rains. Our polling booth teams must remain alert and help voters facing difficulties in reaching polling booths tomorrow," Gandhi tweeted.

Urging my sisters and brothers of Karnataka to vote in large numbers today. I would particularly like to call upon young voters to vote and enrich this festival of democracy with their participation.

Modi said: "Urging my sisters and brothers of Karnataka to vote in large numbers today. I would particularly like to call upon young voters to vote and enrich this festival of democracy with their participation."