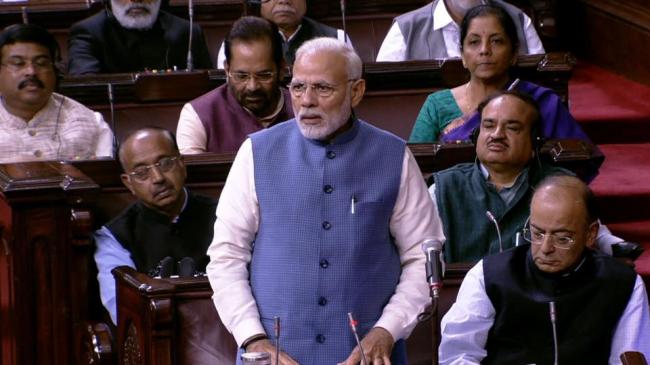 Modi has also vowed to work closely with Mahathir to strengthen the ties between the two countries.

In a tweet, Modi said: "Heartiest congratulations to Tun Dr. Mahathir Mohamad on being sworn in as the Prime Minister of Malaysia. I look forward to working closely with Dr. Mahathir to further strengthen the mutually beneficial strategic partnership between our two countries."

Mahathir became the oldest leader in the world, after he registered a shock victory against his protege and former Malaysian Prime Minister Najib Razak.

Razak, who's rule in recent years were marked by corruption, was challenged by his former mentor, who switched to the opposition after breaking his retirement.

According to reports, Mohamad's rule was marked by economic success, however, he was largely a authoritarian, who even imprisoned his own deputy, Anwar Ibrahim, accusing the latter of corruption and sodomy.

Ibrahim, who was jailed for sodomy, had called for political reforms, before he was exiled.

Najib too has been accused of corruption, which he has refused unequivocally.

Accusation against the former Prime Minister consists of embezzling state funds, amounting to USD 700 million, from an investment fund he set up.

Though Malaysian officials have cleared him of the charges, Najib has copped criticism of retarding investigations by removing key investigators and officials from their posts.