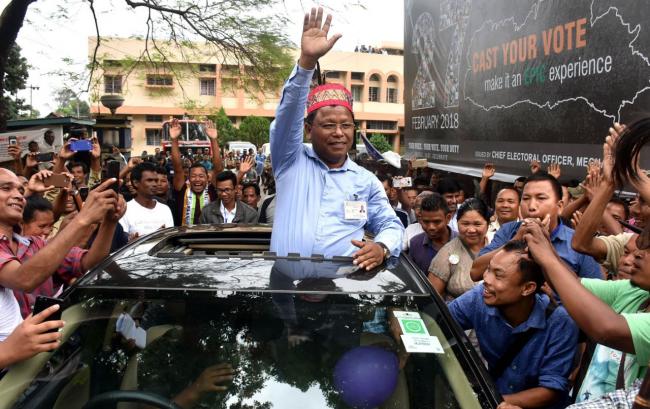 The election for the Williamnagar seat was postponed following the death of NCP candidate Jonathone N Sangma, who was died in an IED explosion triggered by the Garo National Liberation Army (GNLA) militants near Sawilgre village, about 14 km from Samanda block in East Garo Hills on Feb 18, days before the February 27 assembly polls in Meghalaya.

With Marcuise N Marak’s victory, the strength of the Conrad Sangma-led NPP increased to 20 in the 60-member Meghalaya assembly.

Supporters of the ruling party and Marcuise had celebrated after result of the by-poll came out.

The supporters had also come out victory procession with the winning candidate.

After victory, Marcuise N Marak said that, I would like to thank the people of Williamnagar for voting for the NPP.

“This is a victory of the people of Williamnagar. I will try my level best to uplift the area and bring development. I want to once again thank them for voting for the NPP,” Marcuise said.