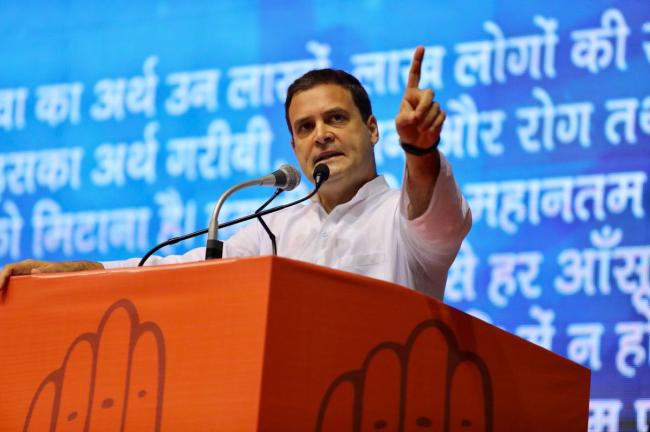 Bengaluru, Apr 26 (IBNS): Congress President Rahul Gandhi on Thursday will campaign in Karnataka, which is heading towards the state polls in May.

Rahul will begin his campaign with receptions and public addresses at Ankola city at 12.30 pm.

At 2.45 pm, the Congress chief will be in Kumta, Uttar Kannada.

He will be present in Honnavar, Uttar Kannada at 4 pm.

Rahul will hold a corner meeting at Bhatkal at 5.30 pm.

The poll is scheduled to be held on May 12. The counting of votes will take place on May 15.

The Karnataka poll has virtually turned out to be a battle between present and former Chief Ministers, Siddaramaiah and Yeddyurappa respectively.

Yeddyurappa is the Bharatiya Janata Party's (BJP's) Chief Ministerial candidate in the poll.