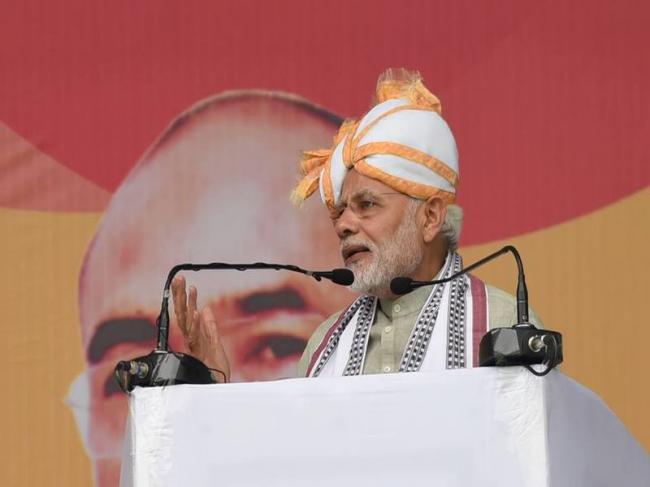 Modi, while interacting with several Karnataka Bharatiya Janata Party (BJP) workers on Facebook, said: "The Congress is sure about its loss in the state so it is now spreading rumours. Fearing an imminent loss, Congress is saying BJP will emerge as the largest party but won't have the majority to form the government."

To highlight the importance of a majority government, Modi referred to the 2014 General Election in which the BJP secured the majority for the first time since 1984.

Modi has advised the BJP workers to reach out to each and every family in the state.

"I would ask you to double the number of workers by incorporating women in the campaign process. Assign each individual to reach out to 10-15 families. I would say do not try to win Assembly election but booths. If the party can win booths, it will emerge as victorious in the battle."

Modi, who is due to visit China on Friday, said he will tour Karnataka once he returns to country.

Former Chief Minister of the state, B.S. Yeddyurappa, is the BJP's Chief Ministerial candidate in the state poll, which is scheduled to be held on May 12.

The Karnataka poll has virtually turned out to be a battle between present and former Chief Ministers, Siddaramaiah and Yeddyurappa.

The counting of the votes will take place on Apr 15.