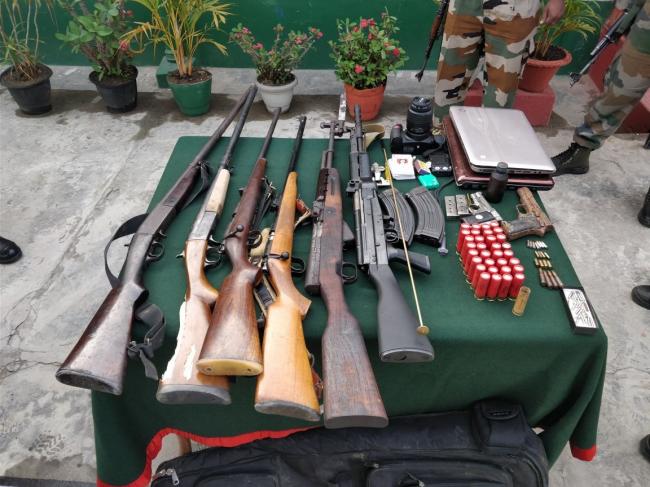 According to the reports, the Zunheboto battalion of Assam Rifles under the aegis of HQ IGAR (North) conducted an operation along with police representatives based on specific information regarding extortion, tax collection in general area Longkhim town.

During the operation, the Assam Rifles troops apprehended two NSCN(K) militants along with illegal arms and incriminating documents.

Later, the militant was handed over to Longkhim police station for further investigation.

On the other hand, the Dimapur battalion of Assam Rifles conducted an operation with police representatives based on specific information in general area Sovima village, Dimapur and apprehended an individual in possession of illegal weapons and ammunition.

He was handed over to Diphupar Police Station, Dimapur for further investigation.