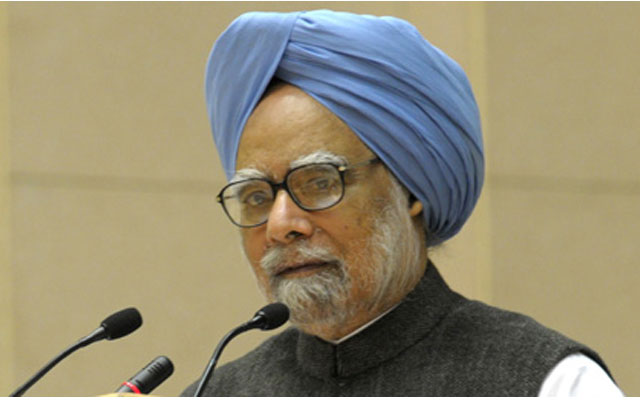 Manmohan Singh not a singnatory to impeachment motion notice against CJI

New Delhi, Apr 20 (IBNS) :  Former Prime Minister and senior Congress leader Manmohan Singh is a signifcant absentee from the list of 64 MPs who on Friday  signed a notice for the impeachment of the Chief Justice of India (CJI) Dipak Misra.

After seven l opposition parties, including the Congress, submitted a notice for the impeachment of the CJI  to  Vice President  Venkaiah Naidu,  Congress leader Kapil Sibal confirmed this at a press conference.

Sibal said the party didn't involve Manmohan because of his stature as former Prime Minister of the country.

"Since CJI Dipak Misra come, questions have been raised about his conduct. It showed in the January 12 press conference of four judges of Supreme Court. One concern of the four judges was memorandum of procedure was being unsettled," said Sibal after the parties submitted the impeachment notice to Naidu.

Sibal was referring to an extraordinary press conference called in January by four most senior SC judges months ago.

As many as 64 Parliamentarians of the Rajya Sabha, reprsesenting  seven political parties signed the notice for impeachment proceedings against Misra for what they said "five listed grounds of misbehaviour." The parties are : the  Congress,  NCP, CPI (M),  CPI,  SP,  BSP and the Muslim League.

Few other opposition parties, including the Trinamool Congress, DMK and the Samajwadi Party refrained from participating in the move.

Senior Congress leader Salman Khurshid, however, seemed to disagree with his party colleagues. “I hope not and believe not… impeachment is too serious a matter to be played with on the grounds of disagreement with any judgment or with any point of view of the court. I am not party to the discussions that have taken place between the parties therefore for me to say whether the grounds are justified or not would be unfair,” he said.

The move comes  a day after the Supreme Court (SC)  dismissed the demand for an investigation into the death of CBI judge BH Loya.