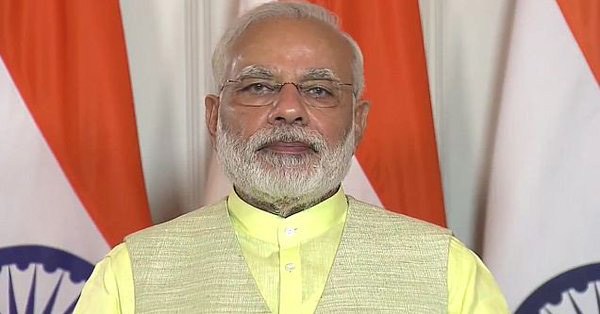 Apart from bilateral visits to the two countries, PM will attend the India-Nordic Summit and Commonwealth Heads of Government Meeting (CHOGM) in Sweden and United Kingdom respectively.

Prime Minister will arrive in Stockholm on evening of 16 April and will have a number of meetings on Apr 17, including an audience with King Carl XVI Gustaf, King of Sweden and consultations with Prime Minister Lofven.

Prime Minister will address a gathering of select Swedish business leaders and will also meet the vibrant Indian community in Sweden.

Sweden is India's valued partner in trade, technology and investment.

India and Sweden will co-host the India-Nordic Summit in Stockholm on Apr 17.

The India-Nordic Summit will see participation of the Prime Ministers of India and of all the Nordic countries- Denmark, Finland, Iceland, Norway and Sweden

"India’s trade with the Nordic countries totalled around USD 5.3 billion in 2016-17, with Cumulative Foreign Direct Investment (FDI) to India at USD 2.5 billion. The Nordic countries have globally recognized strengths in clean technologies, environmental solutions, port modernization, food processing, health, agriculture infrastructure, skill development and innovation which are also the focus areas of India’s development. These complementarities and the unique strengths of India and the Nordic countries hold the potential to further boost trade and investment from both sides," read a statement issued by the MEA.

On the sidelines of the India-Nordic Summit, Prime Minister will have separate bilateral meetings with Prime Ministers of Denmark, Finland, Iceland and Norway.

Prime Minister will visit the United Kingdom from Apr 17-20 for a bilateral visit and CHOGM. The forthcoming visit of the Prime Minister to the UK will focus on enhancing India-UK tech partnership.

The visit will see a number of deliverables in the area of skill development, healthcare, cyber security, innovation, traditional medicine, and education.

The India-UK CEOs Forum will also take place during this visit. UK will formally convey their readiness to join the International Solar Alliance.

In 2004, the bilateral relationship was upgraded to a strategic partnership.

The merchandise trade between the two countries in 2017 reached $13 billion, and trade in services is around US$7.2 billion.

UK is the 4th largest inward investor in India with a cumulative equity investment of US $25.31 billion, accounting for around 7% of all foreign direct investment into India. India continued to be the third largest investor in the UK and emerged as the second largest international job creator with Indian companies having created over 110,000 jobs in the UK.

The Meetings of the Commonwealth Heads of Government usually take place every two years and serve to shape the organization’s agenda for the next two years.

The Commonwealth is a multilateral organization known for its focus on the development issues that confront Small States and Small Island Developing States (SIDS), many of whom have deep historical and bilateral ties with India.