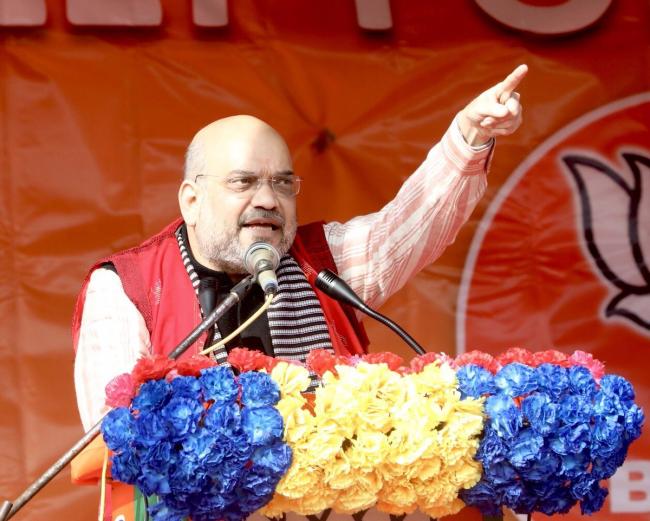 Amit Shah in Karnataka, will be present in public programmes

Bengaluru, Apr 3 (IBNS): At a time when Congress President Rahul Gandhi will be participating in Jana Aashirwada Yatra in Karnataka, Bharatiya Janata Party (BJP) chief Amit Shah is all set to be present in public programmes in the state on Tuesday.

Shah will be present at the OBC Convention at 3.30 pm and will interact with Poojya Swamijis at Shivayogi Mandira, Badami at 6 pm on Tuesday.

Both Shah and Rahul have been visiting Karnataka frequently as the state is heading towards the poll in few weeks' time.

While the Congress is aiming to get re-elected to power for the second consecutive time, the BJP is trying to return to power after a gap of five years.

The poll contest has turned out to be a clash between Chief Minister Siddaramaiah and BJP's Chief Ministerial candidate B.S. Yeddyurappa.

The poll will be held on May 12 and the counting of votes will take place on 15th of the same month.