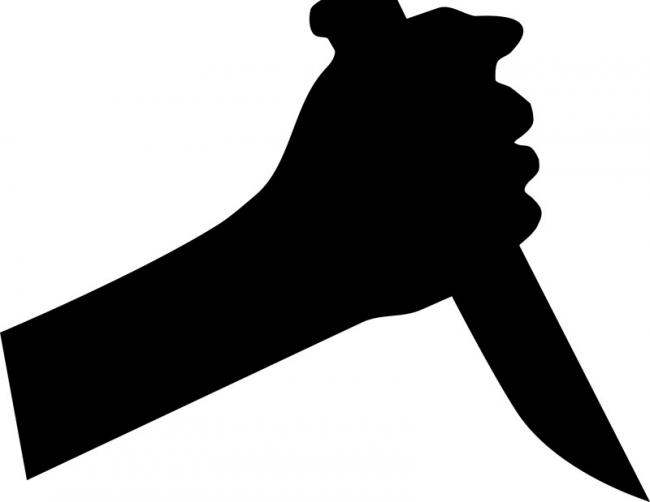 The police have identified the woman as Kamal Deep.

She reportedly attacked the delivery man as her mobile phone was delivered late.

The victim has been identified as Keshav.

The police have arrested  Kamal Deep, 30, and her brother Jitender Singh, 32, for attacking and robbing the delivery man.

“The injured has been identified as Keshav, a resident of Ambica Enclave in Nihal Vihar. He recorded his statement on March 24 and based on his statement, the accused were arrested. A CCTV footage also helped us crack the case,” a senior police officer told The Hindu.

Apart from stabbing, the delivery man was also strangulated by the woman.

The attackers robbed Rs. 40,000 which the victim had collected by delivering items.

“After finding him motionless, they robbed â‚¹40,000 cash he had collected by delivering items. They dumped him near a drain during late night in a van. The victim has been stabbed all over the body. During the scuffle, he fell down and the accused woman sat on his abdomen and attacked him with a knife,” said a police official to The Hindu.

“Neighbours said that the woman is extremely short tempered and she often gets into fights with neighbours over minor issues. All the allegations made by the siblings to mislead the investigation were found false. Later, her brother confessed their involvement in the crime,” said the police.

The police said Rs. 40,000 stolen cash, a van used in the offence, a blood stained towel, knife and shoe laces used to strangulate the victim have been recovered.

The victim is currently undergoing treatment at Sanjay Gandhi Hospital.

"There was an unfortunate attack on one of our delivery boys recently. We are working to ensure that he gets the best medical care and recovers soon. As an organisation we are committed to do everything for his health and his family's well being," Flipkart tweeted.