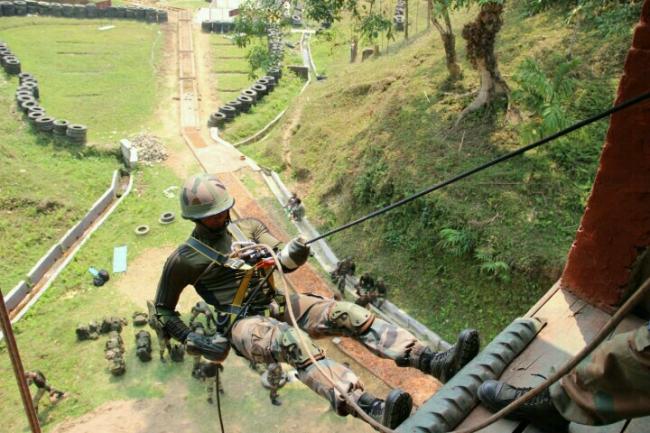 The exercise involved insertion of troops by slithering from helicopters and destroying a terrorist hide out.

It demonstrated the commitment of both armies in working closely with each other to address the growing issue of global terrorism in all its forms.

The exercise was a success and has taught valuable lessons to the troops of both the countries.

The camaraderie developed between the contingents during the course of exercise will assist in enhancing confidence between the two armies which may be called upon to grapple with Anti- Terrorism Operations.

The conduct of these Bilateral Military Exercises is also an important step to uphold the values of Peace, Prosperity and Trust in the region.