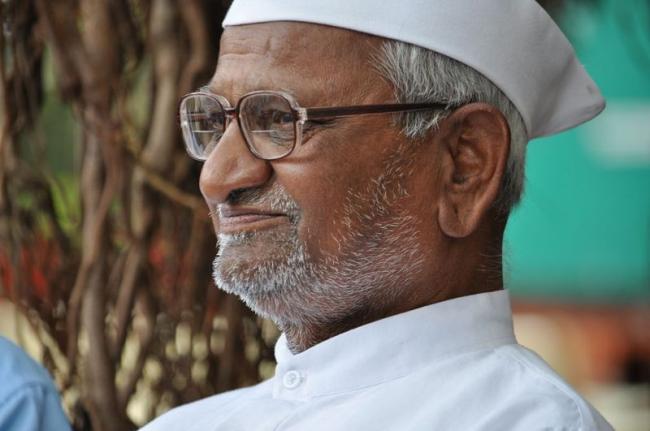 Hazare began his indefinite hunger strike over the anti-corruption Lokpal bill in New Delhi on Mar 23.

After calling off strike, Anna told media, "The Lokpal issue is still pending. Our chief minister is saying the issue will be solved within six months. The government and the public are not separate entities. It is the duty of the government to do good for the people."

Thousands of people, including a sizeable representation from the agrarian community, have thronged the Ramlila Maidan in solidarity with Hazare's demand.

Ahead of starting his hunger strike,  Anna took a dig at the Government and claimed that they are trying to create a Hindrance to his protest.

Before beginning his hunger strike, Anna  visited Rajghat  and marched to Shaheedi Park.