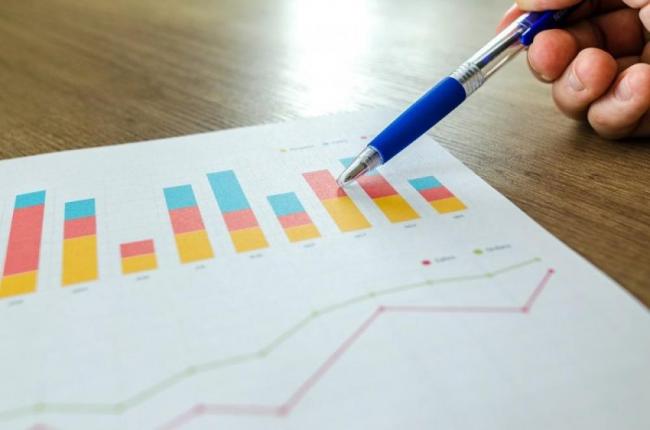 New Delhi/London: Christopher Wylie, the whistle-blower in the Cambridge Analytica saga, revealed on Tuesday that the UK-based firm has offices in India and has been helping major Indian political parties during election campaigns.

Wylie, who testified before members of the British Parliament, named India's oldest political party, Indian National Congress, as one of CA's client.

"They [Cambridge Analytica] worked extensively in India. They have an office in India... I believe their client was Congress but I know that they have done all kinds of projects. I don't remember a national project but I know regionally. India's so big that one state can be as big as Britain. But they do have offices there, they do have staff," Wylie was quoted in media as telling lawmakers under oath.

I've been getting a lot of requests from Indian journalists, so here are some of SCL's past projects in India. To the most frequently asked question - yes SCL/CA works in India and has offices there. This is what modern colonialism looks like. pic.twitter.com/v8tOmcmy3z

His statement has confirmed allegations made by India's Law and Justice and Information-Technology Minister, Ravishankar Prasad, earlier this month.

The Indian lawmaker had alleged that the Congress has links with Cambridge Analytica.

"I've been getting a lot of requests from Indian journalists, so here are some of SCL's past projects in India. To the most frequently asked question - yes SCL/CA works in India and has offices there. This is what modern colonialism looks like."

According to these documents, it is understood that Cambridge Analytica has been working in India for several parties since 2003.

The Janata Dal United is the only party that has been named in the document shared by Christopher Wylie on Wednesday.

The documents shared by him also indicated that the company had conducted caste research for a major party in Indian states like Uttar Pradesh and Bihar.


How the saga unfolded?

The matter came to light after UK's Channel 4 News released a footage obtained via a sting.

In it, then CA chief executive, Alexander Nix, was seen discussing tactics with the undercover reporter on how the firm would discredit politicians online.

Nix spoke about sending Ukrainian girls around to the candidate's house, adding that these girls 'are very beautiful, I find that works very well'.

He said another way to lure the target is to 'offer them a deal that's too good to be true and make sure that's video recorded'.

The company first denied any wrongdoing.

"In playing along with this line of conversation, and partly to spare our 'client' from embarrassment, we entertained a series of ludicrous hypothetical scenarios," a company statement read.

It added, "Cambridge Analytica does not condone or engage in entrapment, bribes or so-called 'honeytraps'."

However, a day later, the company said it has suspended its CEO pending investigation.

"In the view of the Board, Mr. Nix’s recent comments secretly recorded by Channel 4 and other allegations do not represent the values or operations of the firm and his suspension reflects the seriousness with which we view this violation.

"We have asked Dr. Alexander Tayler to serve as acting CEO while an independent investigation is launched to review those comments and allegations," the company said in a release.

"We have asked Julian Malins QC to lead this investigation, the findings of which the Board will share publicly in due course," it said.

Reacting to the fiasco, a report from Facebook Newsroom read, "In 2015, we learned that a psychology professor at the University of Cambridge named Dr. Aleksandr Kogan lied to us and violated our Platform Policies by passing data from an app that was using Facebook Login to SCL/Cambridge Analytica, a firm that does political, government and military work around the globe. He also passed that data to Christopher Wylie of Eunoia Technologies, Inc.

"Although Kogan gained access to this information in a legitimate way and through the proper channels that governed all developers on Facebook at that time, he did not subsequently abide by our rules. By passing information on to a third party, including SCL/Cambridge Analytica and Christopher Wylie of Eunoia Technologies, he violated our platform policies.

"When we learned of this violation in 2015, we removed his app from Facebook and demanded certifications from Kogan and all parties he had given data to that the information had been destroyed. Cambridge Analytica, Kogan and Wylie all certified to us that they destroyed the data," the company said.

"Several days ago, we received reports that, contrary to the certifications we were given, not all data was deleted. We are moving aggressively to determine the accuracy of these claims. If true, this is another unacceptable violation of trust and the commitments they made.

"We are suspending SCL/Cambridge Analytica, Wylie and Kogan from Facebook, pending further information," the statement added.


Zuckerberg's apology and the aftermath

"This was a major breach of trust, and I'm really sorry that this happened," Facebook founder Mark Zuckerberg told the CNN, reflecting on the gaffe.

In a Facebook post, he wrote, "We have a responsibility to protect your data, and if we can't then we don't deserve to serve you. I've been working to understand exactly what happened and how to make sure this doesn't happen again. The good news is that the most important actions to prevent this from happening again today we have already taken years ago. But we also made mistakes, there's more to do, and we need to step up and do it."

Following its admission, that it failed to handle the data breach, Facebook lost 58 billion USD in shares within a week.

Even though the company's founder, Mark Zuckerberg, apologised for the mistake, experts have said that it was too late by then to stem the rot.

"One of the secrets of Facebook's success has been that the more people who use Facebook, the more integral it becomes to its customers. Unfortunately for Facebook, the same dynamic cuts in the opposite direction if it loses a meaningful number of users as a result of this scandal," BBC quoted senior analyst Laith Khalaf as saying.

Passion Capital tech investor Eileen Burbidge was quoted by the outlet as saying, "The fact that it took them five days to come out with a statement, which happened to be a fair, sensible and comprehensive statement, was just far too long. I think they were just really tone deaf for too many days."