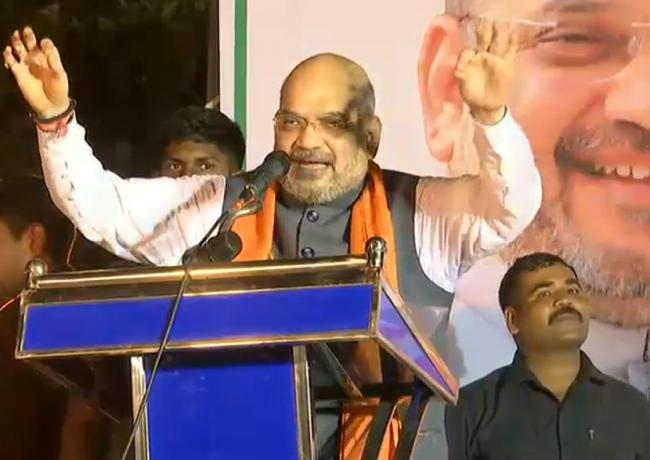 Shivamogga, Mar 27 (IBNS): BJP chief Amit Shah on Monday slammed the Congress-led government in Karnataka and said it has 'failed miserably' in all fronts.

He said the state government has only misled people.

"Karnataka is number one in corruption. Siddaramaiah government has done nothing except misleading the people of Karnataka," Shah said attacking Karnataka Chief Minister Siddaramaiah.

He said the BJP 'tsunami' will also hit Karnataka where Assembly polls are scheduled to be held in the upcoming months.

The Election Commission is all set to announce polling dates for the upcoming Assembly elections in Karnataka on Tuesday.

The EC is likely to announce the dates at around 11 am.

Assembly poll in Karnataka is considered to be crucial as it is one of the few Indian states where the Congress is in power.

The tenure of the 224-member Assembly in the state is scheduled to end on May 28.

Karnataka will be seen as a crucial battle ground by both the Congress and the BJP before the Lok Sabha polls next year.

The BJP on the other hand is ruling in 21.

Both the parties have already started their campaigns in the state.