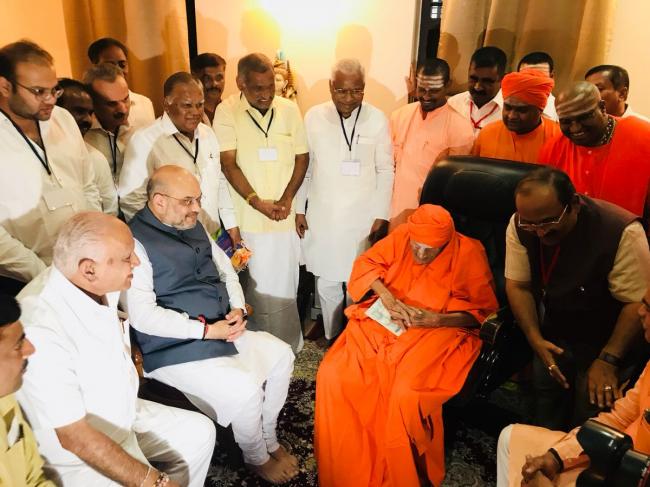 He was accompanied by BJP's Chief Ministerial candidate B.S. Yeddyurappa in the Mutt.

Interacting with media, Shah said: "Visiting the Mutt and taking the blessings of Swami ji are important for us and Yeddyurappa.

Shah will visit Bekkinakal Mutt in the evening on the first day of his Karnataka visit.

He will interact with Trade and Business Community and also hold a roadshow in Shivamogga.

The poll bugle was blown earlier by Karnataka Chief Minister Siddaramaiah, who gave a special status to the minority Lingayat community in the state.

Karnataka is one of the last Congress bastions in the country.

The poll dates in the states are yet to be announced by the Election Commission.

The BJP, which had stormed the northeast belt in recent years, is now looking to add the southern state to its bag.

The BJP, either alone or with ally partners, is ruling in 22 Indian states.